Almost every country in Southeast Asia has taken much of its action movie inspiration from Hollywood. Bruce Lee, Jackie Chan, Kwai Chang Caine, Sylvester Stallone and Arnold Schwarzenegger have all created one-lane avenues for the rest of the world to follow, but Hollywood especially has been a gift in recent years. Each country, however, has found a piece of its own diamond hidden within the marshes of its history and experiences – particularly when it comes to martial arts, war, crime, teenage angst, violence, drugs, poverty and its own Southeast Asian Games.  And the best part of it is the continuing growth of material and stories. Genre cinema from the region used to be too salty, with too much action from start to finish. Current day Southeast Asian action movies have become fluent, believable, and even philosophical with the integration of specific cultures that enrich and give uniqueness to the newer films.

On the Job, for instance, is a good example of a Cannes quality action flick because of its serious attentiveness to true environments, blending politics and poverty with crime and gore. Golden Cane Warrior pictures true Indonesian culture, mixing it with the universal qualities of the warrior. Raging Phoenix, Force of Five, and Garuda all reflect and celebrate Thai aspirations. They are not just attracting local viewership but foreign audiences as well. 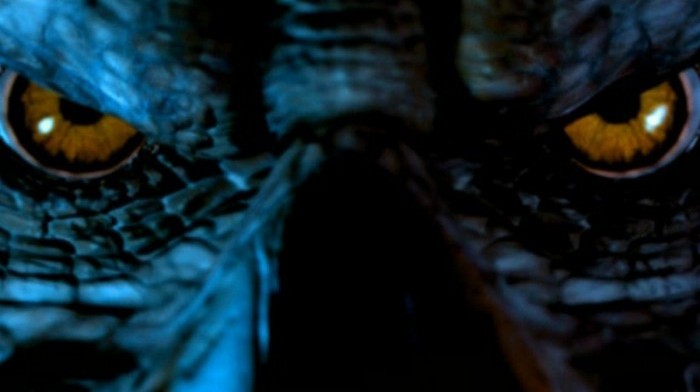 Garuda (Paksa Wayu) is an adrenaline-racing sci-fi action film based on the Hindu/Thai mythological winged creature of the same name. In this film, the Garuda is depicted more as a beast rather than the good-natured being who was the flying vessel of Narayana, or Vishnu. The story begins with an explanation of the creature’s hibernation when he was punished by his fellow creatures thousands of years ago. Come the present time, two foreign archaeologists set out to find out more about the whereabouts of the mythological being. During a dig of a tunnel in the Bangkok subway (while under the surveillance of a military elite group which specialises in supernatural events, forces and gods), they chance upon a very hard rock which can’t be drilled through. It turns out that this is, in fact, the doorway to the resting place of the creature and, along with elite military group leader Com. Toschai, the archaeologists are tasked to kill the Garuda as it wreaks havoc in the city.

Monthon Arayangkoon’s film offers a look into another world of mythological beasts. The plot, while simple, offers a fresh take on beings which supposedly roamed the earth before the current race of man arrived. It is also basically a story of how to survive an attack by such a creature, if and when it happens. The film resides in the hazy space between sci-fi, supernatural and action, pitting firearm power against the might, wit and intelligence of the ancient Garuda. The visual effects, especially the image of the flying creature, are unusually realistic, and the climactic duel between the final forces of man and the monster is a scene to look forward to and a guaranteed heart-stopper. 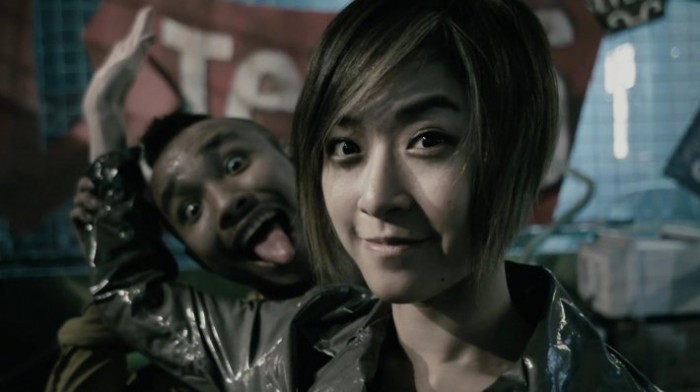 The protagonists of Raging Phoenix are unusually laid back for an action film, even drinking while practicing martial arts, but this assortment of unlikely heroes – including a scrawny young woman and four drunkards out for vengeance – are banded together to fight a shady organisation which abducts women and leaves them dead after getting what they need. The style of fighting is very much Kung Fu and Muay Thai with aerial stunts and famous poses such as the scorpion and, of course, the raging phoenix. The film presents modern Thailand as a nation heavily influenced by western culture, as is evident in the dance moves that the film incorporates into its fighting. As the group penetrates the organisation’s lair and comes across superior fighters, it becomes clear that tag teaming in martial arts takes precedence over solo combat. As well as offering a fresh take on punk culture in Thailand, Raging Phoenix delivers the action with unique fight scenes that are worth the watch. 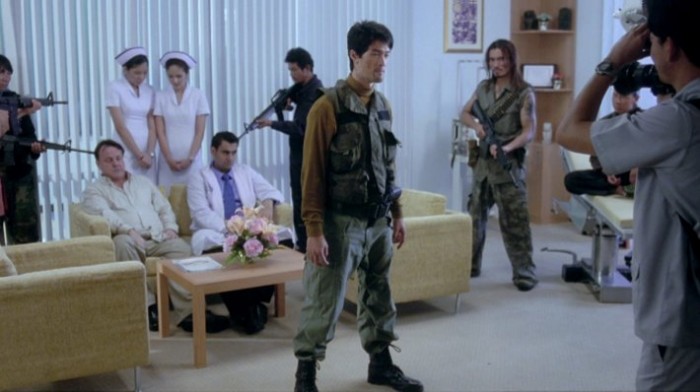 This is not your typical children-fronted action-adventure film. Yes, there are gun fights, rebellion, blood and, of course, knee-knocking fight scenes. But beyond all this are the values that Southeast Asian cultures have in common, specifically the importance of family and friends, and of helping one another in any situation. The story revolves around five children bound by their friendship and their love for remote controlled cars and Muay Thai. Unfortunately, the youngest of the five becomes ill due to a heart condition, necessitating a transplant. To make matters worse, the hospital where the heart was extracted fails to deliver the organ thanks to a terrorist group taking the entire staff hostage. The four older kids set out to recover the heart for the little boy’s sake. This is how their whole ordeal starts.

Recovering the heart under the noses of the rebels is a nearly impossible task but the action sequences and gravity defying stunts of the children are expertly choreographed. This may not be a typical movie for kids but there are lessons to be discerned and learned, namely that the use of skill, rather than might or force, and good intentions will always prevail. So amidst the distraction of gunfights, hostage taking and war, this movie scores a 4 out of 5 as an action adventure film, though parental guidance is a must. 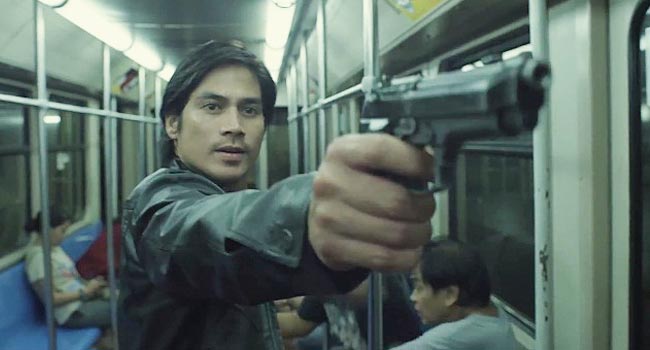 No clearer and more authentic a depiction can be found of corruption, poverty, ruthlessness and a wretched overarching system that has lost its humanity entirely than the kind that is painted in Erik Matti’s On the Job. Watching this movie is like entering a ramshackle house of misery and then more misery and yet more. The dark and stinking alleys, the claustrophobic stares of the barely living, faceless poor, the unbelievably appalling prison system, and the cruel use of prisoners for assassins are just samplings of the greater shadow of deceit and ruthlessness of an entire system.

On the Job is an expedition into the lowest forms of despair, a feature so believable that you’ll keep your fists clenched tightly for almost 2 hours. There is no superhero gunfight scene here, not even a hint. But there is all the gore and violence that there ought to be in such an honest work. This is a film that doesn’t feel the need to impress but rather simply tell the story as it is. There’s no instance of predictability or cliché, and the twists are consistently impressive, supported by brilliant direction and effective acting from start to finish. Real talent will frame in gold those moments of truth, even if the painting depicts only monstrosity. Some viewers may resent how tragedy remains laughing in its kingly seat, leaving us with only a feeling of hopelessness. But brilliance seeks to expose such harsh truths, and so On the Job guides us vividly through its sordid climate of crime, greed and power. 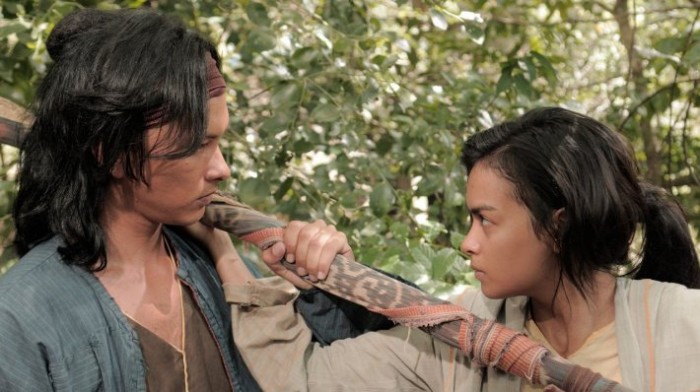 Ifa Isfansyah’s The Golden Cane Warrior immerses audiences into another realm: within the picturesque land and seascapes of Indonesia. At first this may seem like your standard martial arts warrior fare but the well-choreographed fight scenes as well as the twists and turns of the story are fresh materials rich with the cultural heritage of Indonesia. Step into the world of warriors, where schools of different martial arts techniques are respected and fighters take their oaths to safeguard and protect the innocent and the disadvantaged. Part of the oath taken includes adopting the orphaned children of enemies as your own – a requisite of the penance one has to fulfil for killing an opponent.

In the House of the Golden Cane, the teacher, feeling her own death approaching, is tasked to hand over the sacred stick of the house, the Golden Cane, to the humblest and meekest of her students. Feeling cheated, the two other students – who for some time have been poisoning their teacher – steal the Golden Cane from the rightful heir, resulting in the death of a beloved adopted brother. With her mentor and the cane gone, the heir is now tasked with the mission to master the Golden Cane technique, which can only be taught by another teacher named Naga Puti (White Dragon). In her quest, she manages to unearth her old teacher’s greatest sin and bring to light the mystery of the Golden Cane technique. The final battle to retrieve the Golden Cane is breathtaking, exhibiting superbly orchestrated martial arts moves unique to certain islands in Indonesia. One of the finest martial arts action films ever made, The Golden Cane Warrior is a masterpiece for Indonesia to be proud of, with a beautiful and well-edited soundtrack to boot.

SEA action films are nowadays far more than meets the eye and are fast surpassing their western counterparts in visuals, narrative and action stunts. Many of the movies created in this region employ strong psychological elements to enrich what used to be purely action and cliché stories. They make use of modern visual and audio technology for greater believability. Movies have become, in Southeast Asia, like gifts to be unwrapped for the benefit and proliferation of unique cultural heritages, values and current conditions – and their action flicks in particular prove that the SEA man is proud of his heritage.