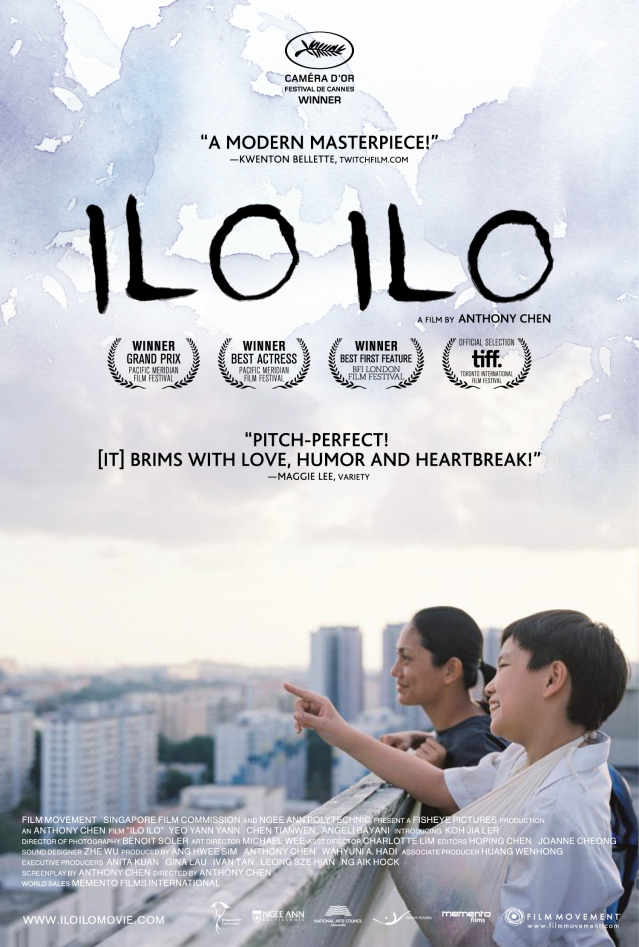 “With a view so nice it’s no wonder so many people come here to jump”.

A sentimental portrait of domestic Singapore, Ilo Ilo is the semi-autobiographical feature debut of director Anthony Chen (and recipient of the 2013 Cannes Film Festival’s Camera d’Or). Ilo Ilo is a sympathetic and intimate story of the sometimes painful, sometimes sweet experiences of a middle class family and their new Filipina housemaid, “Auntie Terry”.

Ilo Ilo’s resolution is bittersweet, and where the film succeeds is in its smaller moments – it shuns big dramatics in place of subtle emotional sucker punches. There is empathy for each of the cast and Ilo Ilo does well not to change its characters but only our opinions of them – Chen gives each a vulnerability and sympathy that is heartfelt and understandable. The film is subdued but retains a sense of optimism, and as each character expands there is a rich pulp of detail for the audience to feed off thanks to some disarmingly natural performances from its principal cast.

You get the impression that the real world of Ilo Ilo, its tiger moms and little emperors and migrant housemaids is so commonplace in Singapore that it has hitherto appeared drama-less. It is a banality that the film does not shy away from, but Chen has found something of life in the little stories and of the routine of family that is worth keeping.

Ilo Ilo, winner of the the Camera d’Or at the 2013 Cannes Film Festival is now playing at the ICA until the 15th May.