With the recent launch of the Diversity Film Programme for Businesses, FilmDoo aims to enrich and expand the conversation on inclusion in the workplace through the medium of cinema. Now more than ever, diversity is not a static subject, but the focus of an ongoing discourse, and it’s becoming increasingly apparent that conventional approaches to diversity training may not be sufficient in keeping corporates and organisations up to date with our current understanding of the concept.

Many of the recent conversations on the topic have revolved around notions of “2D diversity.” With this particular model, we divide the various forms of diversity into two categories: inherent and acquired. Inherent diversity, on the one hand, concerns traits that an individual is born with, such as gender, ethnicity, and sexual orientation, along with other, more “concrete” categorisations such as age. Acquired diversity, on the other hand, is distinctly more nuanced in its focus, dealing with characteristics that a person gains from personal experience and cultural factors.

We can see concepts of inherent diversity enter the workplace through job quotas and other methods of employing and retaining individuals from protected classes. Improving a business’s inherent diversity can often be a matter of changing recruitment practices or taking measures to prevent certain groups from being put at a disadvantage in the workplace. Cultivating an environment with acquired diversity, meanwhile, involves assembling a team with a broad range of experiences and perspectives, which generally means casting your net wide in the hiring process. 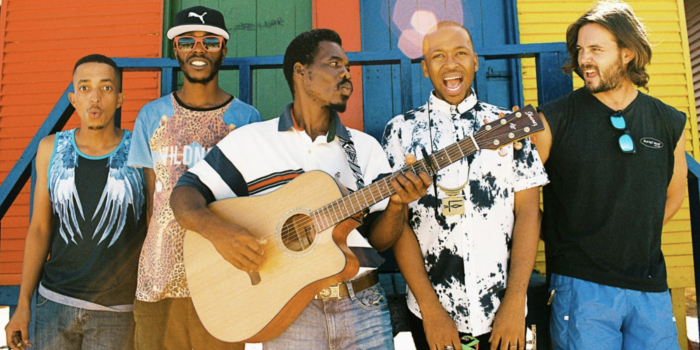 As the world becomes more connected, acquired diversity is becoming an increasing necessity. Though it may be tempting for employers to hire individuals with similar backgrounds and characteristics to themselves, a like-minded environment can prove detrimental to creative thinking. According to a 2013 study from the Harvard Business Review, women are 20% less likely than straight white men to win endorsement for their ideas when there is a lack of diversity at the executive level. For people of colour and members of the LGBTQ community, the equivalent figures are 24% and 21%, respectively.

Decisions made in a homogenous workplace will frequently fall back on entrenched beliefs and outdated strategies, impeding the evolution of the company. More specifically, exposure to implicit bias is known to have a harmful impact on employee performance, mental and physical health, and organisational behaviour.

With a more diverse workforce, however, the groupthink is challenged by new perspectives, and preconceived assumptions are put to the test. In embracing two-dimensional diversity, we open up the conversation to a broader range of ideas, and create an environment that encourages innovation over conformity. Old biases are kept in check, and groups that may have otherwise been shut out of the discussion are given a significant voice in the decision-making process.

According to a study published in 2015, inclusive companies are 1.7 times more likely to be innovation leaders in their market. Further research published in 2017 found that gender diverse teams make better business decisions 73% of the time, while teams that include a wide range of ages and geographic locations do so 87% of the time. More recently, a 2018 study from NC State University’s Poole College of Management found that companies actively taking steps to foster diversity tended to develop more innovative products, technologies, and services.

As well as increasing creativity, a greater focus on diversity and inclusion can help avoid a high turnover of staff, assist with the recruitment of top talent, and open up the company to a larger market. When you assemble a team that represents all or most of the community you’re in, you’ll inevitably develop a greater understanding of your customers’ wants and expectations.

We see evidence of these benefits in the aforementioned Harvard Business Review study, which found that employees at companies with two-dimensional diversity were 45% likelier to report that their firm’s market share grew over the previous year, and 70% likelier to say that the firm captured a new market. On top of that, it was reported that a team is 152% likelier to understand a client’s needs when they have a member of the same ethnicity. All things considered, it’s becoming increasingly clear that diversity in the workplace isn’t just a matter of ethics, but also strategy.

It therefore comes as little surprise to see that more and more companies are incorporating diversity training into their schedule, but according to recent data, the effectiveness of these sessions is often severely limited. Earlier this year, for instance, Boston Consulting Group published the results of a survey of 2,000 UK employees. Though 74% of respondents were reportedly aware that their organisation had launched diversity programmes, only 33% of the intended beneficiaries claimed to have gained anything from their training.

Evidently, there’s only so much that a few hours of one-off training can do to combat deep-rooted biases and bring about systemic improvement. And while it’s one thing to inform and instruct people on the proper code of conduct, any meaningful and lasting progress will always be limited by the underlying attitudes of the workplace. 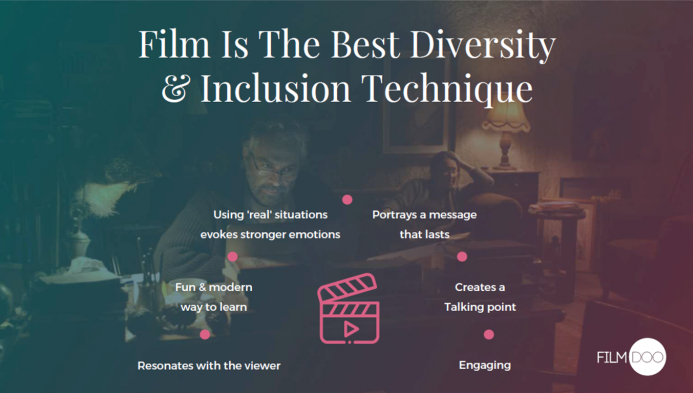 It’s a blind spot that can only be addressed by creating the necessary empathy to support lasting change, and here at FilmDoo, we believe that the medium of cinema has the power to do just that. Great films can cross cultural barriers, offer new perspectives, and inspire a level of understanding and compassion that instructive training alone can’t produce. And through the exploration of timely topics and recognisable struggles, cinema can provide compelling talking points for a thoughtful and productive discourse.

With our new Diversity Film Programme, FilmDoo is giving companies ongoing access to the platform’s ever-expanding feature film collection, which currently spans 83 countries and 35 languages. Our catalogue covers a generous array of relevant themes, issues, and interests that can be incorporated into any existing training scheme. Through this programme, we hope to enrich the current conversation on workplace inclusivity, and with our resources and insight, we believe that we can help transition businesses into the next generation of 2D diversity training.