NEW THIS WEEK ON FILMDOO: YELLOW COLT, WALKING SPARK AND MUCH MORE

This week, we’re bringing you a variety of overlooked cinema from around the world, ranging from a heart-warming coming-of-age drama from Mongolia to an incisive documentary from Poland and much more. 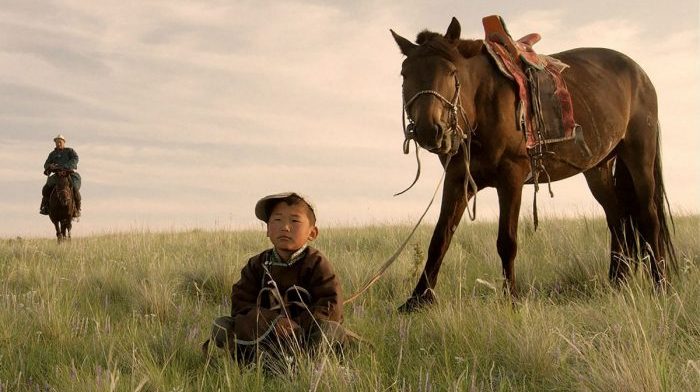 Khoroldorj Choijoovanchig’s touching debut feature tells the tale of Galt, an eight-year-old boy who, following the death of the uncle who adopted him, is taken back into his family home of nomads who make their living raising horses. Here, on the Mongolian plains far from where he was raised, he must rekindle his relationship with his estranged father, Badam.

One day a yellow colt appears in the family’s herd, whose mother had been sold without Badam realising she was pregnant. A strong affinity arises between Galt and this fellow returnee. With his father believing the colt belongs to another herder, Galt and his brother begin secretly training it for the annual Naadam horse-racing festival with advice from an older member of the community. In the process Galt discovers a new sense of kinship and connection with his homeland. Yellow Colt is a heart-warming film that will appeal to all ages, boasting some stunning landscapes and giving an evocative portrait of a timeless way of life. 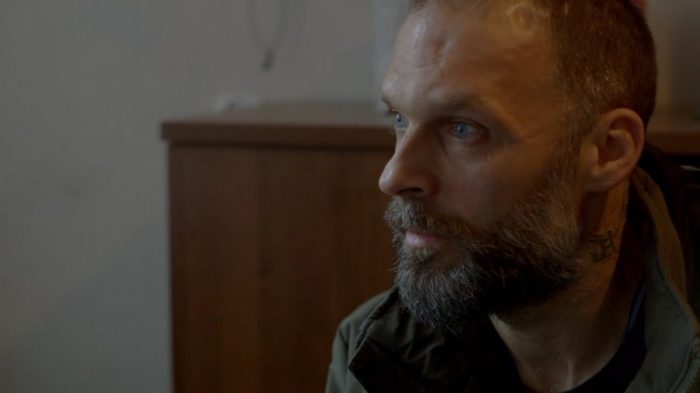 Piotr, is a former member of Warsaw mafia, who after being released from prison, decides to try and change himself for the better. We watch the protagonist, who takes his first steps into normal society, struggling with his weaknesses but at the same time glorifying his gangster past.

Quite obvious division between good and evil becomes ambiguous when this border is present in one man. Walking Spark is the story of how the dramatic events determine someone’s life: behaviour, thinking and perception of the world. 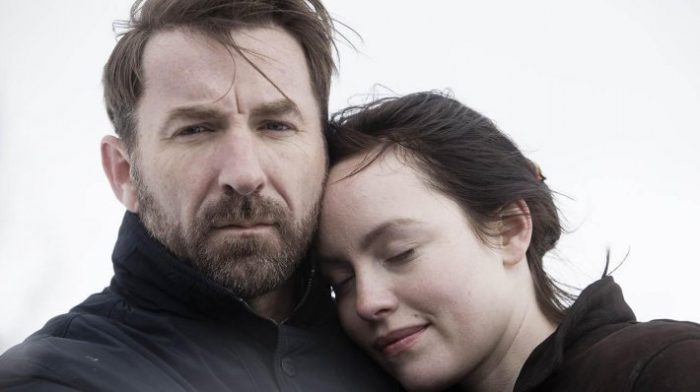 Carlos is the most prestigious tailor in Granada, but he’s also a murderer in the shadows. He feels no remorse, no guilt, until Nina appears in his life and love awakens. 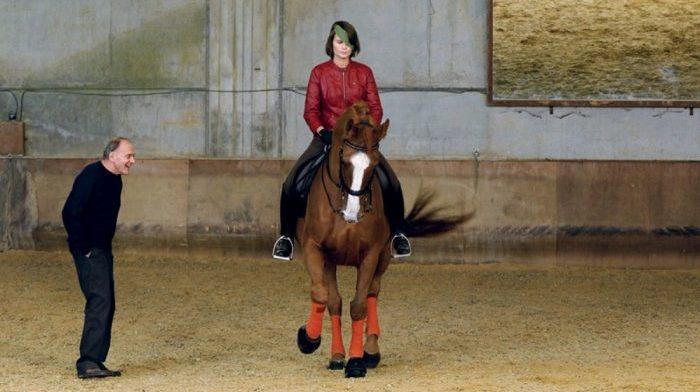 The story of a rider on the quest for a horse. Her horse. Disgusted to see the horses that she trained to the top levels of jumping taken away from her, Gracieuse decides to start over in the world of dressage when she meets the legendary trainer Franz Mann. Franz, now exhausted and cynical, is managing the domain of a rich landowner.

But when Gracieuse finally realizes that Manifestant is the right horse for her, she discovers that her talent is nothing when confronted with the personal interests and the high financial stakes of the game…

Watch Of Women and Horses on FilmDoo 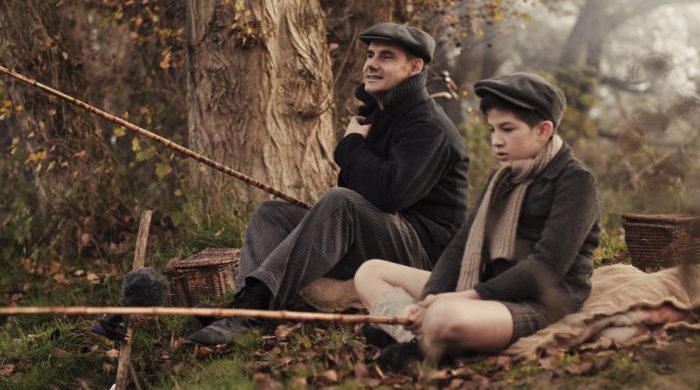 1947, Café du Pont recounts the childhood of Pierrot and his brother in a little village on the river banks of the Garonne, in the south west of France. Their parents toil to make ends meet at the café which is the centre of everyone’s lives in this tiny village. The war and the occupation haven’t made things easy. Despite the hardships of school, Pierrot grows up to the rhythm of the seasons. He discovers music, and learns the saxophone, performing his first concerts for the customers of the Café. He is surrounded by the love of his parents and his grandmother. Everyone in the family works together to accomplish Pierrot’s father’s dream: to open a grand ballroom in the village… 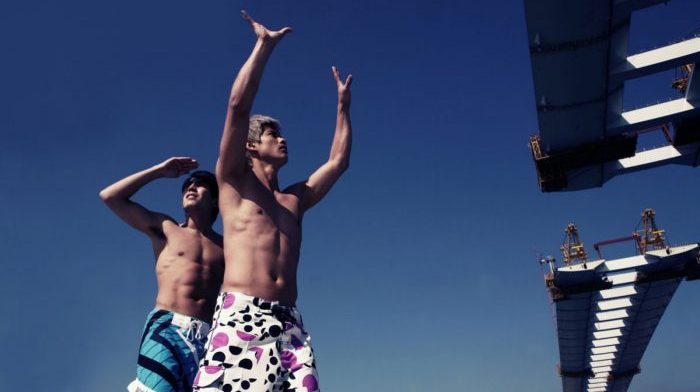 Openly gay banker Daniel debates whether to return to Australia or stay in Hong Kong when he meets Kafka, a straight swimming instructor. The young men fall in love, believing that their love can bridge anything, despite their difference in sexuality and Kafka’s increasing drug use. Daniel does not regret his love for Kafka, who tries to love him back against his nature. But a flashback memory from Kafka’s past makes it difficult for their relationship to work. 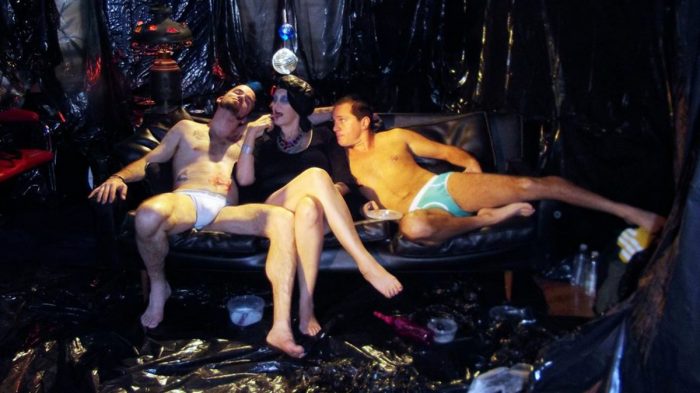 Sex and drugs-getting hooked and getting off –can be addicting. For Drew (Brad Hallowell), eking out a mundane life in Waterville, Maine, it is resisting the illicit pleasure in New York; for Mistress Datina (Philly), it means operating a sex and drug den to cope with her life. In his visually and sexually stimulating film, director Verow introduces multiple characters and overlapping narratives that portray the physical and emotional faces of addiction. For Rob (newcomer Rob Ordonez), drugs and sex are means of finding a bed to sleep in every night – while they provide Christian (Michael Vaccaro) a means of dealing with his helplessness and loss. A writer records these characters and their unforgettable stories. The themes are universal, but the possibilities are endless.

Watch The Endless Possibility of Sky on FilmDoo 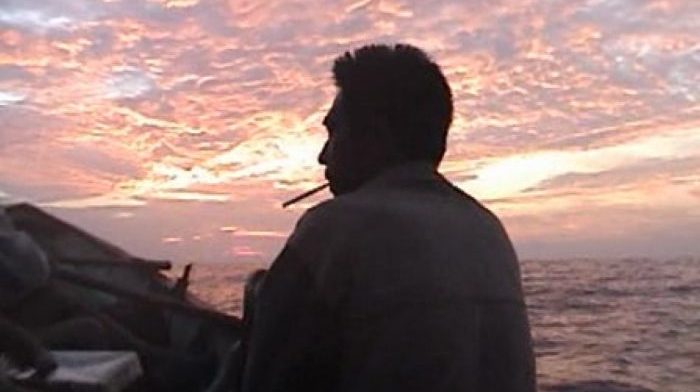 The Island at the End of the World (dir. Raya Martin, Philippines)

Martin travels to Itbayat island, of the Batan group, on the far north of the Phillipines, to record the customs of its inhabitants and their life away from modern civilization. Itbayat is open to visitors only in the summer; the storms raging in the region completely isolate the islanders for the rest of the year. The camera gives them the chance to tell their stories. “I was interested in understanding the characteristics of the community beyond its practices and traditions”, says the director. Winner of the Best Documentary award at the .MOV, Manila’s alternative festival dedicated to digital film.

Watch The Island at the End of the World on FilmDoo