THE UNSPOKEN IMPACT OF BREXIT ON UK BUSINESS AND CITIZENS

On the 12th December, 2019, the Great British public will be asked to vote in one of the most important elections in generations. Yet, despite this importance, the key role that the EU plays in helping smaller British startups within the media and entertainment industry and, on an even more basic level, in the everyday life’s of the British public, seems to have been greatly overlooked.

Let me be clear, I do have issues with the EU and think that the Institutions, its systems and processes need reform and its wider role in Europe needs to be discussed. Europe is suffering from something of an ‘identity crisis’ as it’s torn between being a more federal “United States of Europe” or a loser coalition of nation states. However, I think it is more beneficial for Britain to have a seat at the table, instigating some of these changes and contribute to the discussions rather than to sit on the side-lines. Europe remains our largest and most important trading partner, so turning our backs on it, especially in the vain hope of benefiting from a Trump-led US trade deal, is worrying.

Whilst the election on the 12th December is about a number of issues such as health care and education, there can be no doubt that Brexit is the central issue in this election. The electorate are faced with a choice between the ‘Leave’ backing parties of the Conservatives and Brexit parties and the ‘Remain’ supporting parties of Labour, the Liberal Democrats, the SNP and PC, who are all campaigning for a ‘People’s Vote’. Brexiters have argued that a People’s Vote would go against the ‘will of the people’, yet the reality is that this is the only way that we can make a final decision and heal some of the rifts caused by the 2016 referendum. I have seen rifts across my friends and family as a result of the 2016 Referendum and so would welcome this as an opportunity to get a final decision from the people and to hopefully close this matter, one way or another. 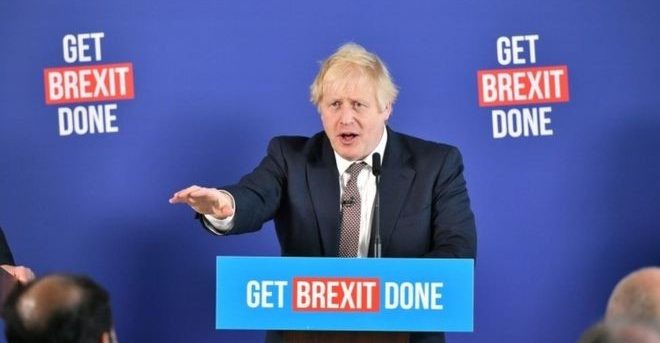 It’s not easy to ‘Get Brexit Done’

If the Conservatives get a majority and then fail to finalise a trade treaty within a year, which is likely given that it usually takes years to finalise a trade deal, then we will most likely fall out of the EU with ‘No Deal’. The consequences of this could be devastating to us all. Boris Johnson’s war-cry of ‘Get Brexit Done’ may sound catchy but as a policy, it is very much a factually and morally incorrect lie. The government would need to make record-breaking progress in final-status talks in the first months of 2020 for Johnson’s deadline of Dec 2020 to be achievable. The recent EU-Canada ‘CETA’ trade deal covered goods only (not services) and took seven years to negotiate, whist the recent EU-Japan Partnership trade deal, ‘EPA’, took six years and is less comprehensive in scope.

The snappy illusion peddled by Boris Johnson goes hand-in-hand with what voters were repeatedly told before the 2016 referendum, namely that leaving the EU would be ‘quick and easy’. The Brexiter statements that they could get ‘the easiest trade deal ever’, ‘there is no question of leaving the customs union and single market’ and ‘in negotiation Britain holds all the cards’, have all been shown to be lies told to mislead the public. There have been a number of criminal investigations relating to pro-Leave groups and allegations that voters were subject to a sophisticated misinformation campaign. We cannot afford to be misled again by such blatant and misleading lies.

The impacts of a potential ‘Hard-Brexit’ on small businesses are immense. Many small businesses, like my own, operate seamlessly across the EU only needing to lodge one VAT return for 28 countries and will instantly face increased costs and difficulties in accessing these now ‘foreign’ markets. Hiring will become more difficult and expensive with a lack of skilled workers from the UK being available. Small businesses such as my own, which have thrived from the open borders and regulatory support of the EU, will now be at a disadvantage as we will be unable to compete with larger companies so easily.

Already we are seeing many other British startups leave the UK and move to the Continent, with Berlin and Paris being the key cities many are locating to. No doubt in time this will lead to job losses and a decline in Britain’s competitive advantage. Innovation, which is driven by being lean, agile and able to tap into new ideas and resources, will be weakened. Many startup founders that I speak to are sad to leave the UK but see no choice as a result of Brexit. This leaves British innovation at a distinct disadvantage with one hand tied behind our backs. 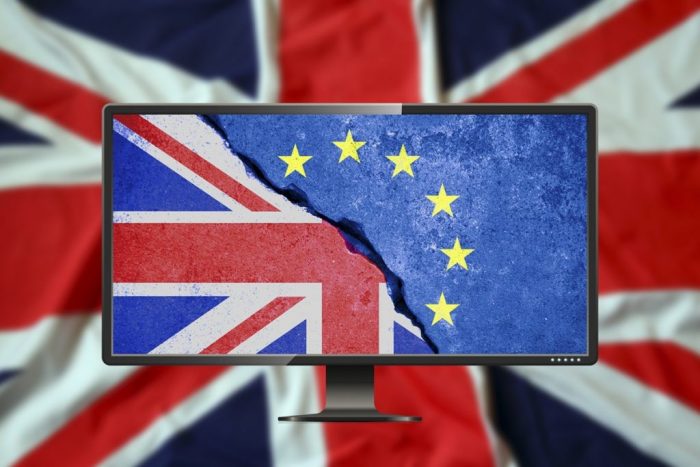 Impact on the Media and Entertainment Industries

The UK’s audio-visual, creative and cultural sectors, which my business operates in, have benefited immensely from support from the EU, especially from its Creative Europe Fund. It’s no surprise then that most of the sector in the UK have lobbied aggressively for the UK to remain a part of the Creative Europe scheme due to the benefits that we get. Since its launch in 2014, Creative Europe has awarded €89.5 million to 376 UK-based cultural and creative organisations and audio-visual companies, and helped distribute 190 UK films in other European countries.

In 2018, €15.9 million was awarded to support the UK creative and cultural industries through non-repayable grants and the distribution of British films in other countries. Creative Europe’s benefits far exceed the monetary grant funding with a positive knock-on in building international networks, growing audiences and generating jobs and skills elsewhere in the value chain within the UK. Aside from the economic benefits, the loss of funding to festivals and arts centres would have a knock-on effect to organisations and artists who perform at those venues or produce work with them but are not necessarily the recipients of EU funding themselves.

There remains considerable doubt as to whether the UK will continue to be able to access EU’s Digital Single Market as this will depend on the terms of the UK’s exit from the EU and future trade agreements. The government has not made an assessment on the cost of businesses being unable to access the Digital Single Market. There remains some concern for the arts and cultural sector on what changes may be made to legislative frameworks, many of which are relied upon in the day-to-day work of individuals and organisations. Copyright, for example, is very much integrated in EU laws and regulations with 11 European directives that contain measures concerning copyright that member states are required to incorporate into their domestic laws. These regulations are all essential in enabling British to access and compete in international markets, depriving us of access to these regulations will limit British competitiveness internationally.

Aside from the impact on small businesses and on the wider audio-visual sector, I think the personal impacts cannot be underestimated. We take for granted the fact that we can travel and work freely now throughout 27 other countries within the EU. A Conservative-led ‘Hard-Brexit’ will deprive millions of British people, like myself, of our rights and freedom and I feel like I am being discriminated against as these rights will be stripped away from me.

Brexiters repeatedly state that these rights won’t change, but the reality is very different. Uncertainty rules and individuals who have forged a life and career in Europe will have their civil liberties taken away with little right of recourse. With the British government potentially taking an increasingly hard-line approach to immigration, even from the EU, it’s likely that EU will respond in the same way. The days when you can live and work wherever you want will likely be over. The spectre of needing visas to travel to Europe could, at least in the short-term, make a reappearance.

The only way we can put an end to the Brexit impasse of the last 3 years is to vote tactically on the 12th December for the candidate in your seat who will push for a People’s Vote Referendum. This election is the final opportunity for the public to take back its own control so that the public can make the final decision on the future of this country. If they vote to leave with a clearly defined deal, and hopefully with less lies being told, then I would welcome that decision, no matter how much it impacts me personally and professionally. Ultimately, it’s your decision, so I would encourage everyone reading this article who has the right to vote in this election, to go out and exercise that democratic right as it’s more crucial now than ever before.