River of Exploding Durians presents two different stories, linked loosely by the overarching characters and themes. The first part of the film focuses on the relationship between two Malaysian high school students; Mei Ann and Ming. Their relationship is immature, yet attempts to be meaningful as both characters try to assert their importance in the world. In fact, their relationship begins to fall apart when Mei Ann contemplates their relative insignificance compared to all the people, problems and situations in the world and realises that they cannot matter and will never be remembered. These themes of insignificance and futility also carry over into the second half, which focuses on the construction of a rare earth plant near the small coastal town.

Ming’s character also links the film’s two halves together and he is able to do this because of his indifference. Ming seems to have an apathetic perspective of life and an uncaring attitude in regards to what is happening around him. Therefore, it is easy for him to shift the focus on to characters that initially seem more dynamic and socially invested than himself. This includes characters such as Teacher Lim and the class rep, Hui Ling, who are explored throughout the second half as the film looks at the impact of the rare earth plant construction. The film studies the morals and opinions of characters regardless of age, gender or social status. Teacher Lim, for example, is introduced as a stable character; a good teacher who cares about her students. However, her state of mind and morals deteriorate consistently throughout the second half as she takes increasingly extreme and aggressive actions against the construction work and fails to distinguish between her teaching and her personal values. As the film’s characters become divided on what is morally right and what is best for the town they live in, a sense of conflict and tension is inflicted upon the audience.

The films key themes are explored most deeply in the second part, which allows it to be more enjoyable as it really brings the characters and situations into perspective in comparison with the world around them. The repeated class presentations touch on wider themes and the underlying consideration that the people in the film and their fight will all be mostly forgotten someday. The links between the small secluded Malaysian town and other parallel historical situations serve as a way to make the film seem ‘larger’ than it actually is, despite the characters’ realisation that their actions are largely futile. They come to the same realisation that Ming had from the beginning; eventually all will fade from memory and their actions will provide no lasting legacy. Perhaps they will be reconstructed in another class’s presentations someday but they will likely be forgotten by the rest of the world.

River of Exploding Durians is a unique film that explores the in-depth progress of the characters as they fight for a cause until they realise the ineffectiveness of their actions. This is the film’s strength; its deconstruction of the characters as they face the futility of their efforts and how they deal with having to give up what’s important to them. As well as this, the film strives to provide relevant and critical links between the current situations in the film and other historical situations. These links provide a slightly more foreboding atmosphere overall as they serve to make the major themes of the film all the more obvious and also to bring to light these forgotten yet historically relevant situations for the audience. 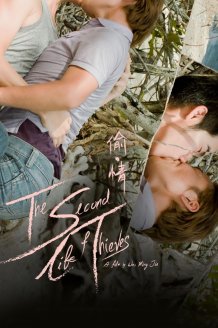 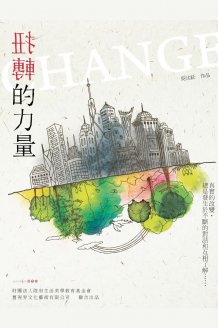 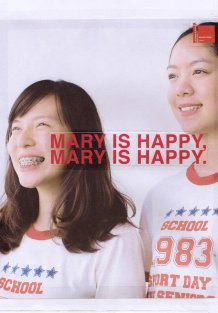