Where Are You Bucharest? is a fast-paced and intimate account of the 2012 Bucharest protests. The unrest was on-and-off for almost a year and a key demand was the resignation of president Traian Băsescu. In 2010 he had supported tax increases, as well as cuts to public-sector wages and social benefits. What’s more, at the end of 2011 the government introduced a bill that would have seen the reduction of state healthcare benefits. The bill was opposed by Raed Arafat and on January 12th 2012 people gathered to voice their discontent. From here onwards, the unrest erupted.

This documentary is filmed in the heart of the protest. With almost no interference from the filmmaker, the film’s observational style powerfully portrays the atmosphere of the unrest. There are no sit-down interviews, just discussions with and between people on the streets. While the atmosphere between the protesters and the police is generally one of tension due to the implication that these frustrations have been building for some time, some people plead with the police for them to sympathise with their cause. Despite this, the general dynamic becomes one of us versus them.

The situation does lead to outbursts of physical violence and verbal abuse, not only between protesters and the riot police, but also between the protesters themselves. There are disagreements over the best course of action for an improved political situation, but the event also gives rise to disputes over all kinds of issues, such as feminism, nationalism and poverty. Despite many uncomfortable scenes, the most inspiring ones are those in which people come together to engage in passionate but peaceful political debates. The sense of hope and progression captured here is powerful.

What’s more, the film goes well beyond criticisms of specific politicians and engages in profound considerations about modern politics and society. At one point in the film, a man describes the Eastern European countries as types of colonies for the Western countries and argues that this is the reason that the Eastern countries are ‘meant to stay poor’. The film documents an interesting deconstruction of the whole political status quo. People question the practical reality of democracy and liberalism and these discussions make for incredibly engaging viewing.

While the film is extremely serious for the most part, certain aspects do lighten the mood, such as a scene that sees a man waving a giant flag tell the filmmaker, quite earnestly, that he is establishing a new government and wants the filmmaker to be the leader. Another man runs through the streets shirtless in what looks like a snowstorm. What’s more, when summer arrives the protest does have a more positive and festival-esque vibe to it for a short while.

Although the filmmaker doesn’t offer the audience his own thoughts on the events, the time and effort that he has put into the documenting the protests imply more than just a passion for filmmaking. He films the protest throughout the seasons, including in a minus 4-degree snowstorm. In this way, while the film certainly succeeds in documenting the heart of the protests, the labour put into filming these events also appears to silently reflect the filmmaker’s own political passion. 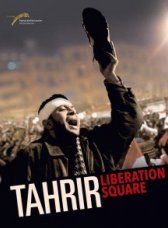 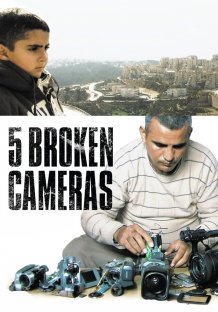 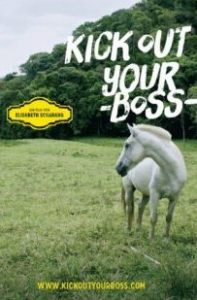