Amidst a raging punk gig 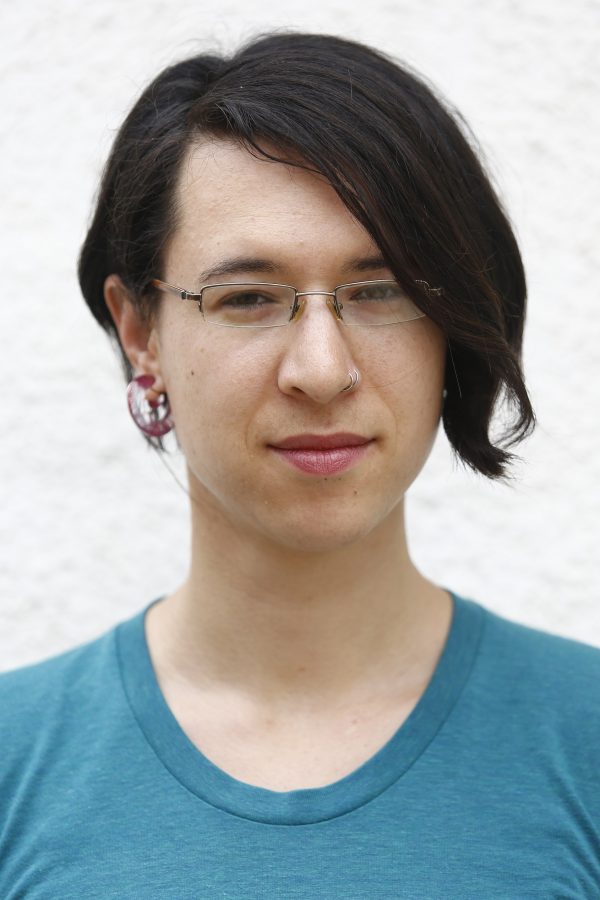 one night in Tel Aviv, the young Noa’s spirited crowd surfing ends with a hard tumble to the ground in Kerem Blumberg’s layered short, One Last Night. Noa’s final night with her partner, Orr, before the latter moves to Berlin stops dead in a similar fashion as Orr is pulled into a confrontation with the police, putting the couple in legal hot water as the two of them are faced with a dilemma of political significance.

What was your experience in filmmaking prior to One Last Night?

I am a graduate of Minshar School of Art in Tel Aviv, and have directed several short films (Natalie, Toilet, In Jerusalem), which were screened in festivals around the world, including Tampere Film Festival, Paris Lesbian Film Festival, Translations Film Festival in Seattle and Entzaubert Radical Queer Film Festival in Berlin. While these were student films, each of them stands on its own while also serving as an enriching and educational experience for me while making One Last Night.

What was the initial idea behind One Last Night when you first started making it?

One Last Night was my final project in film school, so naturally I sought the opportunity to portray through it a story which encompasses all those materials close to my heart: punk, politics and queer love. The process of script writing intuitively led me to the story of Orr and Noa, and the setting was a familiar one: underground, urban Tel Aviv, my home for the past 25 years.

Is there any political context to the film that you feel audiences outside of Israel may not be (but should be) aware of?

It is not by chance that I chose to portray a story of two lovers torn between the choice to stay in Israel or to leave it. We as Israeli Jews cannot and must not be indifferent in our personal lives to the constant and escalating violence, oppression and discrimination that Israel is inflicting upon Palestinians and other communities in Israel. This violence is ever present in our lives, even in the face of attempts to conceal it, and therefore it persists also in the story of Noa and Orr. Their decisions are influenced by it. It bears consequences.

Currently, the state of Israel is investing heavily to portray Israel as a gay haven in the Middle East (an act also known as Pinkwashing). By doing so, Israel tries to erase the atrocities it inflicts upon Palestinians, including queer Palestinians. Us radical queers living here aspire to dismantle these systems of oppression, while we often find ourselves incorporated by the state to legitimize its policy. We then end up questioning our staying here just as much as we contemplate the possibility of leaving.

Do you feel that Orr’s punky reluctance to capitulate to authorities is the right stance for change or would you say that Noa’s willingness to compromise is also a necessary factor?

I think that I inhabit in me a bit of both of their characters, so I can definitely sympathize both with Orr and with Noa. Their conflict is to a great extent one which exists within me and in political debates all around.

I love Orr’s punky, in-your-face feisty energy. I think resistance cannot be achieved without anger, frustration and passion. And I remind myself all the time that, especially when we are tired and frustrated, we need to remember to fight the power, to speak truth to it, and react to our surroundings. Injustice has always and still makes me angry, and Orr acts as this “bone in your throat” as we say in Hebrew, that does not let you forget we must question hierarchies of domination wherever we are.

But I definitely think there is a need for the complexity of Noa’s perspective of the world. A pacing of energies, acts of taking care of ourselves and of each other. This is no less important and no less radical in my perspective. Also, Noa is far from making a compromise, eventually. She is definitely politically stubborn, perhaps she just chooses her battles differently. And she’s not less of a punk!

How did you find the experience of recreating the wild atmosphere of a punk gig on film?

Creating the punk gig scene was an amazing experience! I was so worried beforehand, because usually in films you’re always prone to have this film-set feeling in gig scenes, which I hate.

What we did was get Marmara Streisand, a friends’ band, to come and play, and we shot in a location which used to be a radical punk collective gig space we were all part of for 3 years. I called up ALL my friends. We made a brave decision to record the music live so the band had to play the same two songs over and over. Nadav, my Director of Photography, envisioned this amazing one-shot into the gig that just blew my mind on set. After the second take, we were just completely immersed in a proper punk gig, with just a few directions I gave to the actresses and the band. On the last take, I jumped into the mosh pit myself.

It was August in Tel Aviv, 35+ degrees Celsius and the sweat was steaming off us. People were squeezing sweat out of their shirts by the end of it, I kid you not!  All of this was happening at the same time while Israel was bombing Gaza yet again and sirens were sounding over Tel Aviv as rockets were launched in retaliation. When Orr’s character was saying her lines during shooting of why she wants to get out of this place, it felt like it was happening live. It reminded me of the passion that fueled my writing and the truth that exists inside this story and how it reflects our experience here. And the whole gig shooting was like a community project. We were all in it together. It reminded me how important my community is in keeping my sanity in this place.

It also taught me a very important lesson about filmmaking: it is not the art of faking it. It’s about creating fake real circumstances and then filming them. And doing it with real friends, real love, and real sweat.

Are you involved in any new projects at the moment?

At the moment I’m working on another script of a short film, which will also deal with the theme of migration and relationships. I guess I’m just not done with that yet.