‘Balanced’ may not seem like the most exciting adjective to attach to a socially conscious film. The word appears to be in opposition to the popular romantic notion of the passionate auteur projecting a singular vision to the world that is loud, confident and undeniable. But while there can be a drive and urgency to a film that aims to hold you down and pummel you with its agenda, it takes a multidimensional rationale to create a film that can truly be lived in. In Andrew Haigh’s bittersweet drama, Weekend, ;balanced’ isn’t synonymous with ‘bland’ but with ‘honest’. It feels like a very personal, naturally crafted work, as if Haigh were instinctively feeling his way through the whole thing. It’s unclear if even Haigh was certain of what he was trying to say with this film and there’s something highly refreshing about that. 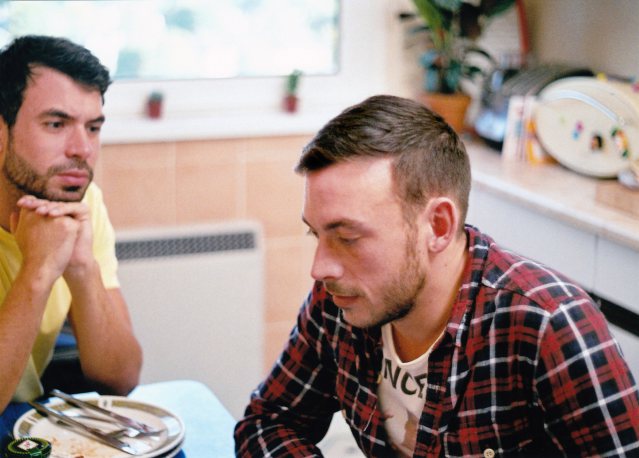 Tom Cullen plays Russell, a gay lifeguard evidently shy about his own sexuality. On a spontaneous solo trip to a bar, the lonely Russell ends up leaving with Glen, a restless outspoken individual played by Chris New. Cut to the morning after and the more sober Glen and Russell find that their compatibility may extend beyond mere physical attraction. The remainder of the film’s narrative can be summarised almost entirely, if reductively, in two words: they talk. Russell meets up with Glen after work and they talk. Later on, they go to a bar with some of Glen’s friends and they talk. Sometimes Glen or Russell will talk to someone who isn’t Glen or Russell, usually on the subject of Glen or Russell. Sometimes the film will take a break from the talking to quietly contemplate the implications of what’s been talked about (and specifically not talked about).

Suffice to say, the film is buoyed by its words so it’s a good thing that either Andrew Haigh is a fine writer or Cullen and New are talented improvisers. For all their moments of physical intimacy, the two leads do their most intense exploration of each other and themselves through their speech. That Glen plans to move to Oregon on Sunday is a blunt but effective means of enhancing the urgency of their exchanges. There’s an underlying feeling of melancholy to every moment of the film that swells as the connection between Glen and Russell becomes increasingly weighty.

Weekend uses a similar narrative template to Richard Linklater’s Before Sunrise, another heavily dialogue-driven film about two indecisive young souls quickly forming an unexpected bond but whose relationship has a clear-cut expiration date writ large by the film’s title. But while Linklater’s 1995 film uses the conversation of its two leads as a springboard for some cosmic contemplations on life, youth and other huge topics, Weekend keeps both feet on the ground by remaining first and foremost a character study. Which film you prefer may depend on whether or not you value abstract observations over the art of creating characters just to watch them live.

That’s not to say that there isn’t a wider subtext to the film. Expression of sexuality in particular is a topic that frequently crops up in the film’s discussions, from the ghettoisation  of LGBT art to a gay man’s freedom to talk openly about his sex life in the middle of a straight bar. But the issues and the questions the film raises seem to come about organically from the drama. Rather than trying to tell us how to feel, Haigh suggests different sides to every argument, encompassing the nuances of each subject, and yet he manages to make this textual richness feel purely gravitational – the film is thematically complex because it’s realistic. 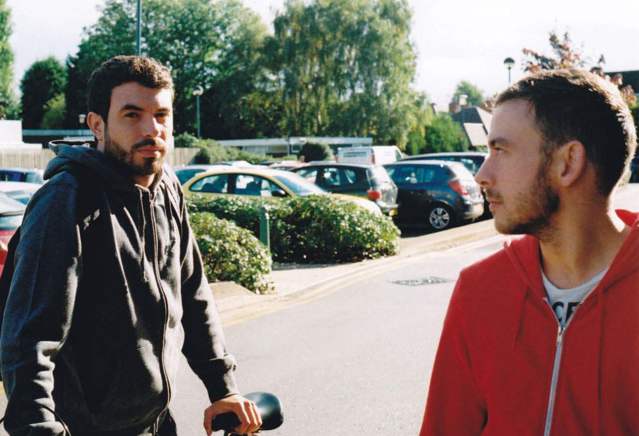 Andrew Haigh’s heavy reliance on dialogue makes it evident that he’s a writer first and director second but cinematographer Ula Pontikos’s careful manipulation of natural light goes some way to overcoming the film’s potential staginess. However, it’s really the detailed performances of Cullen and New that grant the film its emotional potency. If the film has a message, it can perhaps best be seen in the poignant vulnerability of their interactions. Weekend acknowledges the spectrum of internal and external factors that can keep a person emotionally inhibited and defies them all simply by being human.