Divine has been described in many different ways over the years. The larger-than-life drag queen took the world by storm, starring in many films in the USA throughout the 70s and 80s but this outspoken diva started off life as a lonely little boy, terribly bullied at school, called Glenn.

This biographical documentary paints a full picture of the colourful life of Glenn Milstead, speaking to his devoted fans and to those who knew him best.

His childhood friend who would then become his director, John Waters, shares his experiences with Glenn as a boy who longed to fit in with the “˜preppy’ look and then as Divine, taking us beyond the wig and makeup and telling us who this person really was. Divine represented the subculture, stood up for the outcasts and it was amongst this community that he found his support, joining the Cockettes, a Bearded Transvestite Theatre Group that believed the revolution was coming, in San Francisco. 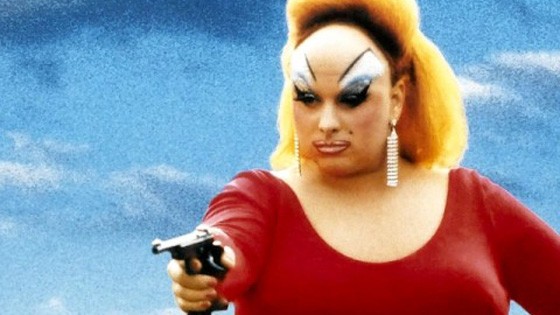 His first roles were written by Waters for the his alter ego Divine, such as Mondo Trasho (1969), but he later expanded into more serious roles, the most notable being as mother Edna Turnblad in Hairspray (1988) –an outstanding performance, recognised as such by all leading critics, even those who hadn’t looked too favourably on Divine in the past.

His career as a singer in the latter years of his life also features. Performing in clubs around America and Europe, Divine embarked on a fruitful singing career, despite vocals not being his forte.

The person who appeared so strong on the outside was hiding many problems that came from his addictive personality: spending, drug taking and excessive eating. He would explain his insatiable appetite by saying: “I’m afraid that if I don’t eat it, somebody else will!” This unhealthy lifestyle would ultimately prove fatal.

This unique man who passed a lie detector, plucked out all his eyebrows and ate dog excrement became a star loved by America and if you don’t yet know him, this documentary will have you falling in love too.

Watch I Am Divine on FilmDoo.com (UK & Ireland only)