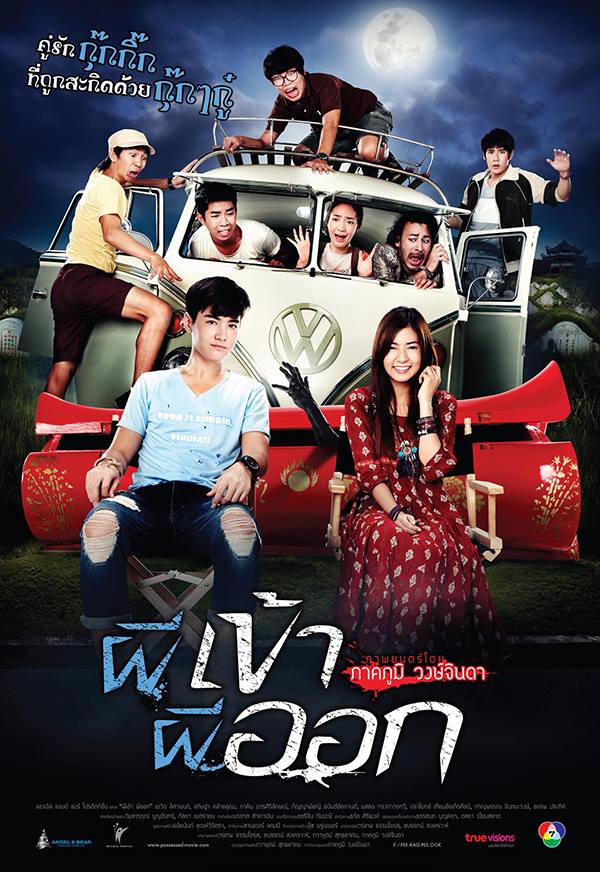 The script to Pakphum Wingjinda’s Possessed must read like a checklist of horror movie clichés – but its okay, because that’s kind of the point. The movie knows what its following, and Possessed is somewhere in the slipstream behind the Scream franchise and the Looney Tunes.

The film begins with a handful of factory fresh standard issue horror types arriving at a remote cemetery. They’re here to film their class senior project – “To Eternal Love Until Death do us Part and I Will Never Break Your Heart”, and it just happens to be “Chinese Ghost Day”. With their star actress left in Bangkok painting her nails, the camera girl becomes the new leading lady, and the crew, cutting corners everywhere begin to disturb the ungrateful dead.

Cue an hour of goofy overworked comedy, excessive jump scares and endless almost-reveals, a “will they won’t they” romance and some dud boo moments you won’t be scared by. In retracing familiar steps, “Possessed” can seem to trip up in all the same places. The exaggerated jump scares aren’t used as a stick to beat movie clichés with, but a crutch to keep everything going. Jokes with strained build-ups and predictable climaxes are washouts next to some snappy one-liners. Possessed is a horror-comedy that can alternate between the two genres but not always combine them. It’s funny, but often by accident.

All this only leaves Possessed with 30 minutes to begin and end its story. A ghost possesses one of the crew and demands to be reunited with its corpse – lost in a lizard-infested swamp. Here perhaps is where the advertised twist takes place, but I wouldn’t know – there really doesn’t seem to be one. Perhaps this is another piece of elaborate horror satire. The film finds it difficult to balance its two distinct storylines, leaving an impression of two films tied awkwardly together at the hip trying to move in different directions.

Possessed doesn’t always disappoint though – and if the characters have no respect for the cemetery then the movie itself certainly does. The capable cinematography brings the best out of some interesting locations, and some likeable characters (the old cemetery guard in particular) are able to keep you on the movie’s side.

Possessed is travelling on a familiar road yet feels lost somewhere along the way. Less reliance on traditional clichés and a willingness to try new twists and turns, supported by stronger characterisation, would have made it more likely for the film to achieve its full potential.