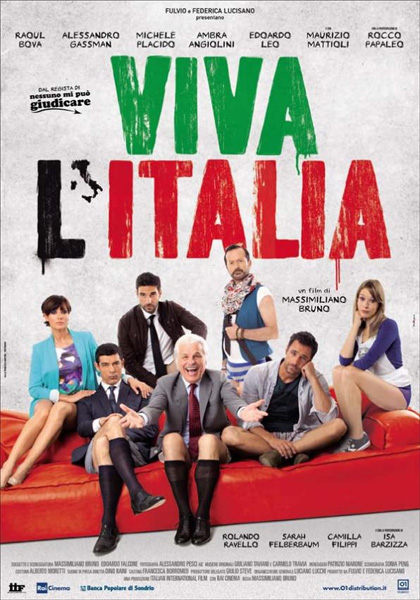 Directed by Massimiliano Bruno, this Italian movie is a funny, well-written and at times moving film about an Italian family caught in the public spotlight after the family patriarch has a stroke affecting the part of his brain that controls inhibitions, leading him to start telling the truth about everything and everyone around him with somewhat amusing consequences.

The film tackles various serious issues with a light sense of humour, making the issues all the more compelling and interesting to watch. Various issues such as the brain drain and wasted talent, the endemic corruption of Italian politics and family breakdowns are brilliantly handled.

Michele Placido stands out in in his portrayal of Michele Spagnola, a long time politician with a dysfunctional home life. A session with a showgirl leaves him brain damaged and no longer able to lie, instead shouting what he really thinks at anyone who can hear him. His family unwillingly rally around to help him, trying to save his career and preserve the peace as he starts airing all their dirty laundry in public. His gradual change through the movie from a selfish corrupt senator to a regretful father trying to make amends is particularly striking.

Using comedy to great effect Bruno draws the audience into the movie as we see gradual changes in the characters as they come to terms, often with hilarious outcomes, to the changes taking place in Placido’s character. By the end of the movie the humour gives way to a powerful piece on modern Italian politics and Italian family life in the 21st century.

The film provides a particularly well suited and insightful overview of the commotion of modern Italian politics. Certainly well worth watching, recommended viewing.

We hope you like this recommendation! Starring in the film is also one of Italy’s hottest actors, Raoul Bova. Read more about him in our Explore series here.