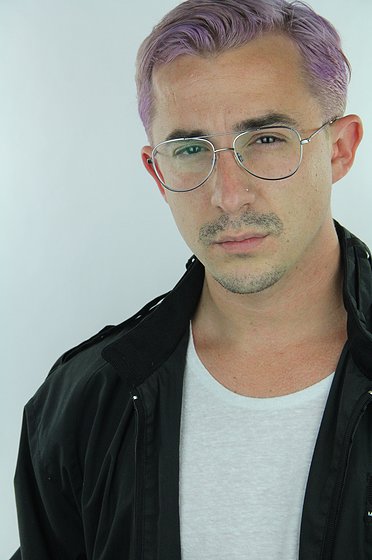 ts name suggests, Hara Kiri is a story of suicide, yet, at its core, it is a punk-infused love story about two skaters, August and Beto. Loyal, and completely committed to one-another, the two form a pact to end their lives together. Hara Kiri presents a raw, emotive and voyeuristic view into the final day they share together on Earth.

FilmDoo interviews the director, Henry Alberto about his recent work.

The film tastefully explores the majority of its themes through Punk/Alternative social groups and same-sex relationships. Did you originally intend to approach the film with a Punk/LGBT angle, or was it principally about loyalty, commitment and death?

Isn’t that what Punk is about: loyalty, commitment and death? I’ve always been intrigued at the camaraderie that exists in skate culture, which I think is innately queer. In my work, I strive to capture an existence of human characters aside from any acronym we may tend to place on them. In Hara Kiri, these characters were two individuals in love. I think it’s important that “queer” films begin to shift the dialogue to existing rather than identity.

In Japanese culture, voluntary harakiri is regarded as an honourable way to die. Hara Kiri constructs its characters as nihilistic and anarchistic, which juxtaposes and challenges traditional expectations of the ritual. Was this use of juxtaposition intentional?

It was absolutely intentional. I think August and Beto may be anarchistic to the “outside world,” but their bond and loyalty to each other is that of samurai.

Hara Kiri demonstrates a more experimental and unconventional form of storytelling. How do you think the film benefits from this, as opposed to a more standardized approach?

I’ve always wanted to make a Dogme 95 film, which is what inspired the style of the shoot. I wanted to make something free of constrains of traditional storytelling and filmmaking. It was important to approach the story in the most naturalistic and raw method possible – literally the bare bones. I think it also allowed for more vulnerable performances not hampered down by the constructs of a script. It’s intended to be voyeuristic and unpolished; I wanted to create a unique experience for the audience.

Hara Kiri deals with a number of themes which are particularly relevant to contemporary society, particularly the younger generation (suicide, homosexual relationships, difficult family relationships, etc.) Are there any specific messages or subtexts that you’d like your audiences to take away from this film?

It’s a film about extremes, but at it’s core it’s simply a love story. I’d like for the audience to create they’re own experience or take on who and what these characters are in the time you see them. So, I don’t want to put too many of my own subtexts onto it. I’ve noticed the film plays best when audiences are able to laugh with August and Beto while never taking the boys too seriously, because they don’t either.

During the beach scene, Beto tells August that he no longer wants to go through with the ritual, yet, he still does. What would you say changes between this moment and the final sequence which causes him to change his mind again?

I think it can be argued that he is simply having cold feet, or that he is testing August. At times Beto gets off on being able to manipulate August or whomever. They think of themselves as philosophers, so any opportunity for existential banter is foreplay for them. But, I think he’s wholeheartedly committed to the pact even then.

Harakiri was often performed for Japanese soldiers to escape being captured (and tortured) by the enemy. Would you say that Hara Kiri’s adoption of this ritual reveals Beto and August’s fear of, and escape from a cruel world?

That is exactly what it is. They find safety and comfort with each other and are determined to not let anything or anyone affect that. It’s the honourable decision to take their destiny into their own hands. These are souls that have already experienced cruelty, and are determined to preserve their love and – hopefully, possibly, maybe be together in another world.

Are you involved in any other upcoming projects?

I am currently working on the film adaptation of the young adult novel Aristotle and Dante Discover the Secrets of the Universe as well as developing a series about homeless youth set in New York City called House of Mayhem.