For a film to pass the Bechdel test it must satisfy three conditions. There must be two named female characters, they must have a conversation, and it must be about something other than men. The Bechdel test came about as a result of a cartoon published by Alison Bechdel in 1985 in her Dykes to Watch Out For strip.

Last year, various Swedish cinemas started using this test as part of their rating system, giving films that pass an A rating. Whatever you have to say about the influence or appropriateness of the Bechdel test in raising awareness about the presence of women in film, here are 5 Swedish films that exhibit different results. These 5 films are undeniably great, but they wouldn’t all get an A. 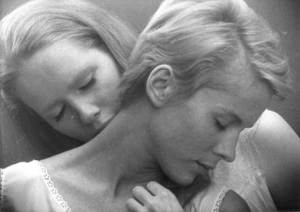 Bergman’s masterpiece passes the test, just. Despite being a powerful display of female psychology, the plot stops it from passing as emphatically as you’d expect. Actress Elizabeth (Liv Ullman) stops speaking during a performance, and a nurse, Alma (Bibi Andersson), comes to stay with her to help her develop her voice again. There is much communication, so much so that we begin to see the women intertwining, but much of it isn’t spoken and so doesn’t meet the Bechdel criteria. 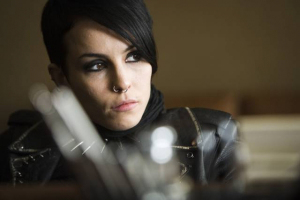 This thriller based on Swedish novel Men who Hate Women is about a journalist and an unlikely hacker companion who come together to investigate a missing woman. It passes the test, but again only just. Lisbeth (Noomi Rapace) and on-off girlfriend Mirium (Yasmine Garbi) conduct a brief exchange that isn’t about men. However, there is no other notable scene in which the Bechdel test is passed, and the American remake from 2011 doesn’t pass the test at all. 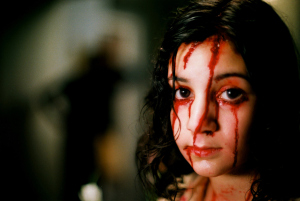 This beautiful gothic horror about a young boy who forms a relationship with a vampire fails to pass the Bechdel test. There is a brief scene where Virginia (Ika Nord) speaks to a nurse, but the nurse remains unnamed, and so the Bechdel conditions aren’t met. This film broaches a tricky issue for the test. Eli (Lina Leandersson) doesn’t count herself as female, though she appears it. It is difficult to see where the simplistic Bechdel test draws the line in these cases. 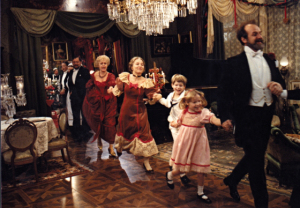 Another Bergman picture that passes the test. Fanny (Pernilla Allwin) and Alexander (Bertil Guve) are siblings growing up in a dysfunctional, but not unloving home. Various conversations between female characters address issues surrounding the behaviour of children, and are not outright about men. 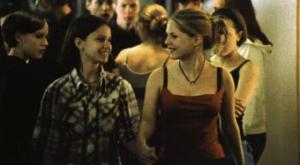 This startlingly genuine and moving love story passes the test and would get a resounding A. Set in a small town in Western Sweden, í…mí¥l, the film focuses on two young teens, played by Rebecka Liljeberg and Alexandra Dahlstrí¶m. Dahlstrí¶m’s confident Elin is juxtaposed with Liljeberg’s more reserved and discontented Agnes, and through the many conversations we observe that develop their relationship, men don’t get much of a look-in. This film passes the test with confidence.

This entry was posted in Lists and tagged Bechdel test, Classic, films, Let the Right One In, Persona, sweden, The Girl with the Dragon Tattoo. Bookmark the permalink.