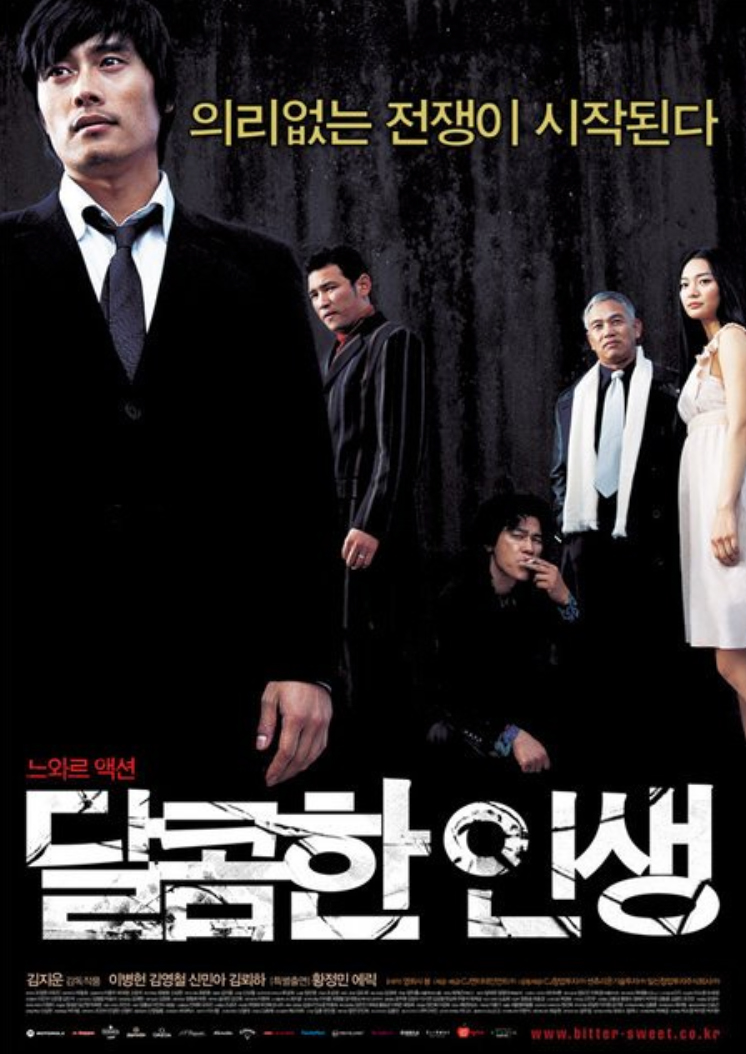 Kim Sun-woo (Lee Byung-hun) plays a devoted enforcer for a high-ranking mob. When Kim’s morality clashes with his emotions, his employer Kang (Kim Yeong-cheol) decides to let go of his long-term hired muscle. The relationship between the two is almost like father and son, and it is despairing to see how Kim Sun-woo is treated, even though he had been in the service relentlessly, without asking questions, for years. With certain values and codes that remain in the Korean mob, trust and devotion is taken vigorously. The audience will witness a tragic storyline with a slight genre of black comedy.

The film displays a slick setting and prodigious cinematography, the director makes this pretentious film you’re not so ordinary gangster movie.

A Bittersweet Life shows astonishing choreography with hard-boiled violence and a dash of romance, the film is undoubtedly one of the best Korean movies ever made. My only controversy is that one or two characters are not exposed very well for viewers to understand where they have come from or who they even are, still the film is beautifully written and has been described by Variety Magazine as “a tour de force of nourish style and Korean ultra-violence that will have genre fans nailed to their seats.”