Watch Silent Ones on FilmDoo

Silent Ones, Ricky Rijneke’s directorial debut, was one of the standout films of the 2013 European Film Festival in Italy, nabbing itself the much-deserved awards for Best Cinematography and Supporting Actor. The film follows the story of Csilla (Orsi Tóth), a young Hungarian woman who awakens in the midst of a mysterious car crash. She travels through unknown territory, upset and alone, carrying with her the loss of her little brother, Asti (Fatih Dervisoglu). In an attempt to fulfil a promise to him, she flees the country and leaves aboard a large cargo ship, where she is convinced to work for Gábor, a hostile businessman who abuses and robs her of her only remaining link to her brother. Gsilla falls out of touch with her sense of reality, and her journey transforms into a surreal trip that teeters on the brink between life and death.

The cinematography is the most compelling factor of Rijneke’s work. From the beginning of the film, the cinematography captures the very essence of the landscape, enabling it to reflect both the desired tone and the mood of the characters. The opening sequence does this particularly well; the sea of green grass evokes a feeling of isolation and confusion for spectators. As we begin to question what has happened and where we are, so does our lead protagonist. Similarly, portraits of landscapes are further used to illustrate a sense of atmosphere and tone. While on the ship, the camera zooms in for an extreme close-up of a frozen forest, which evokes the cold, uninviting atmosphere for the ship.

The use of landscapes also aids in illustrating the relationships between characters. Throughout Csilla’s dream-like flashbacks of time spent with her brother, the landscapes are brighter, greener and contrasting to that of the previous act. Following the loss of her brother, the opening act’s colour palette consists mostly of whitewashed blues and greys, which is suggestive of Csilla’s depression and loss of liveliness. However, her dream-like sequences present an array of pink sunsets, green forests and bright sunlight, which suggest the level of happiness and contentment she feels when she is with her brother.

Csilla’s performance was consistent throughout the entirety of the film. It wasn’t the dialogue, but her physicality, which provided her performance with the much-needed level of depth to be successful. Csilla’s body language and facial expressions enabled audiences to identity with her mental deterioration and subsequently empathise with her. The chemistry between Csilla and Asti is one of the film’s strongest attributes; their time together on screen establishes an unshakable and heart-felt relationship, one which transcends the boundaries of their mundane on-screen labouring. These sequences provide the foundation for films the final twist, and make it all the more heart wrenching.

Although performances were strong all-around, there were moments in which the direction and performances didn’t quite integrate with one another. Particular scenes felt clunky and lost their desired effect because of a lack of suspense or choppy editing. Despite this, Silent Ones presents it’s audiences with an intriguing premise, a stylish aesthetic and strong characters that are complimented by the encapsulation of a diverse array of exotic landscapes.

Watch Silent Ones on FilmDoo now! 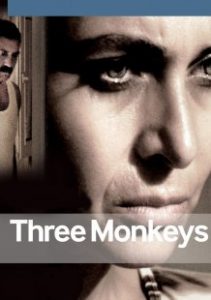 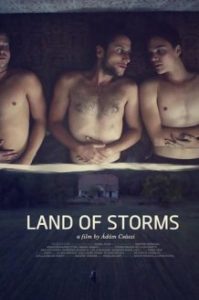 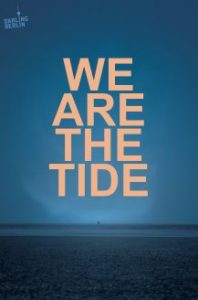 This entry was posted in EASTERN EUROPE, Reviews and tagged Hungarian films, Nicky Rijneke, Silent Ones. Bookmark the permalink.