Since the silent era, style has been a crucial part of cinema’s expression. From high-class glamour to gruesome horror costumes, cinematic fashion has been notable for its boldness, uniqueness, as well as its definition of a certain period. A character’s wardrobe can serve not just an aesthetic tool, but as a narrative one too. Working to define a character, a context, or a mood, clothes in film are so much more than just garments and memorable wardrobes seem to have a unique way of giving eternal life to characters and their films. 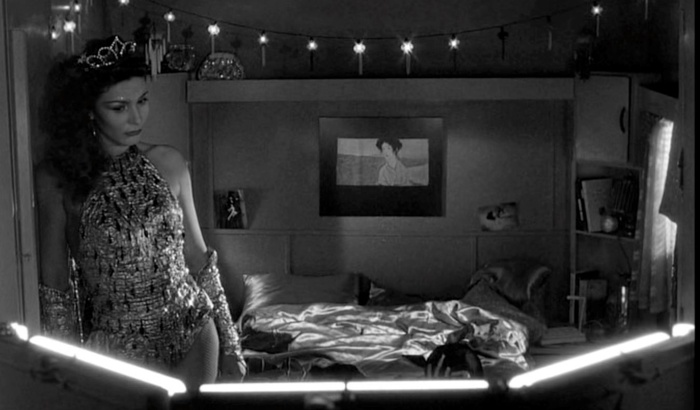 Solveig Dommartin’s Marion is a lonely trapeze artist living in a caravan at a Berlin circus. She is a complex character with a wardrobe to match. In the day-time her no-nonsense jeans and boots give off tomboyish cool, while her sulty night-time looks allow her to fit in perfectly with Berlin’s underground 1980s scene. However, it’s her trapeze performance costumes that really steal the show. The glittering leotards and giant angel wings allow her to transcend her isolation and dissatisfaction; implying that she is above the real world and belongs with her angelic admirer. While Shaft has been criticised for being an archetype ‘blaxploitation’ film and taking advantage of African-American audiences, Richard Roundtree’s John Shaft is undeniably stylish. This ultra-cool private detective is hired to investigate a kidnapping and, naturally, fast-paced action ensues. John Shaft’s attire is made up of dark leather jackets, turtle-necks, and one hell of a moustache – it must be the 70s. 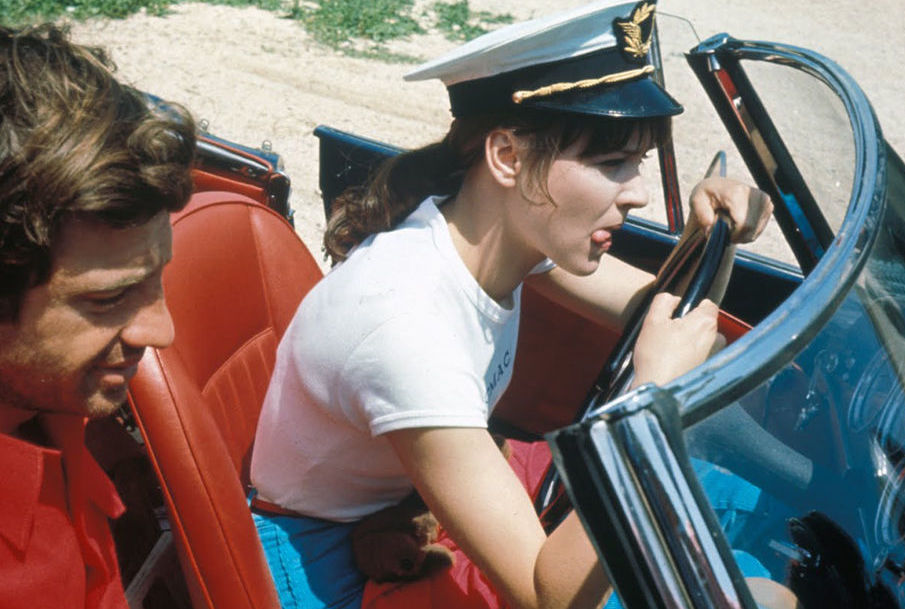 Despite being on the run, Anna Karina’s character Marianne seems to look eternally fresh and stylish. Her feminine clothes are effortlessly cool and are full of bright reds, blues and whites, fitting with the rest of the film’s colour palette. A style icon in her own right, Anna Karina epitomised the sexy cool of the 1960s French New Wave. In 2007 designer Agnes B. actually created a collection based directly on Anna’s style in this and other Godard films. Certainly one of the most iconic movie wardrobes of all time, Diane Keaton’s Annie Hall rocks masculine oversized ensembles in a fun and feminine way. In this classic film of the 70s Annie’s style often falls in line with the trends of the decade, but nonetheless continues to flaunt unique and personal aspects. This difference symbolises protagonist Alvy Singer’s (Woody Allen) complete adoration of Annie. Arguably one of the best comedy films of all time, the role won Diane Keaton the 1977 Academy Award for Best Actress. 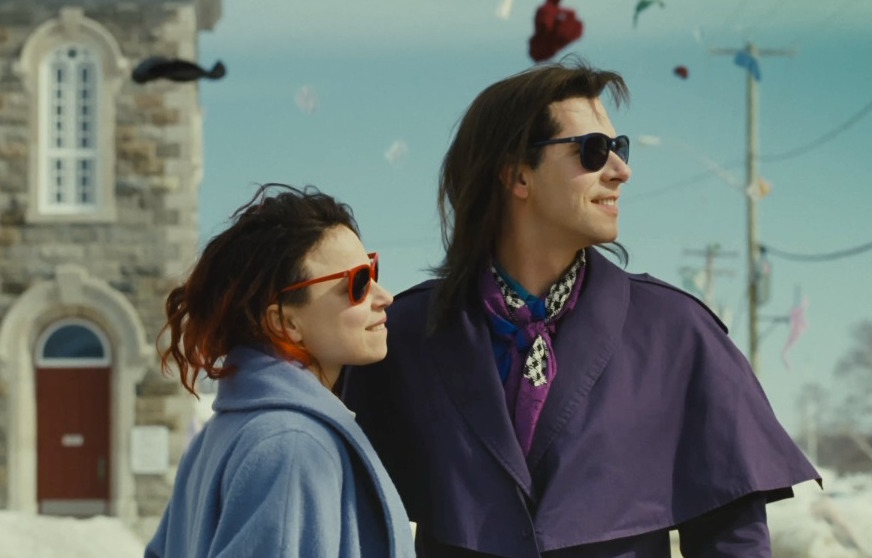 As Laurence (Melvil Poupaud), a young transgender woman living as a man, comes out about her true identity to her girlfriend Fred (Suzanne Clément), the relationship is rocked. However, Fred eventually gets on board and teaches Laurence the art of makeup and female clothing. The bold and colourful outfits represent the passionate discovery and flourishing of Laurence’s true identity. Fitting with the film’s incredible soundtrack, Laurence’s wardrobe is heavily influenced by 80s style and together these elements make the piece a real treat for the senses. 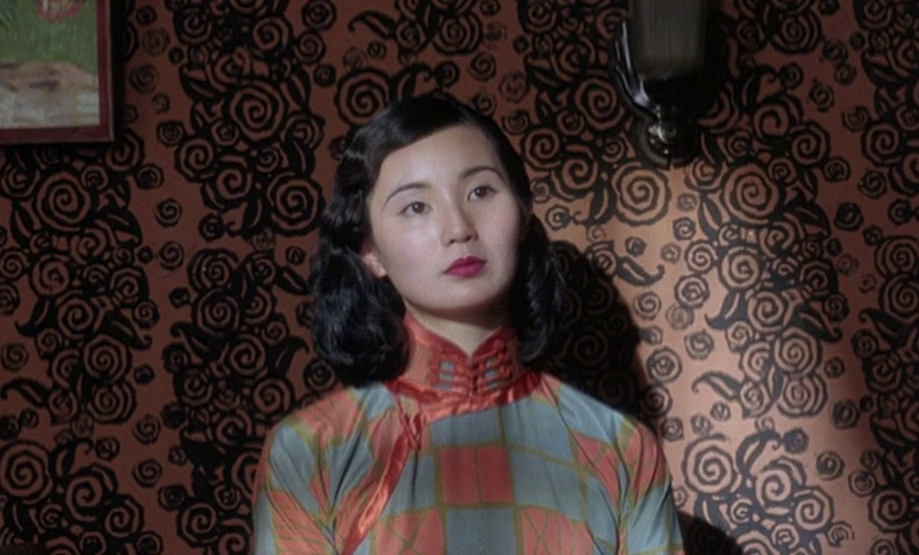 Centre Stage sees Maggie Cheung portray Ruan Lingyu, an infamous Chinese film star of the 1930s. Maggie carries the role with a poised and demure manner, emphasised by the gracefulness of her clothes. Elegant qipaos in gorgeous patterns are visually stunning but also work to highlight the objectification of the character, and the real-life Ruan Lingyu, who tragically committed suicide at just 24 years old. In this film, glamour and style appear to act as distractions from the character’s inner struggle and isolation. 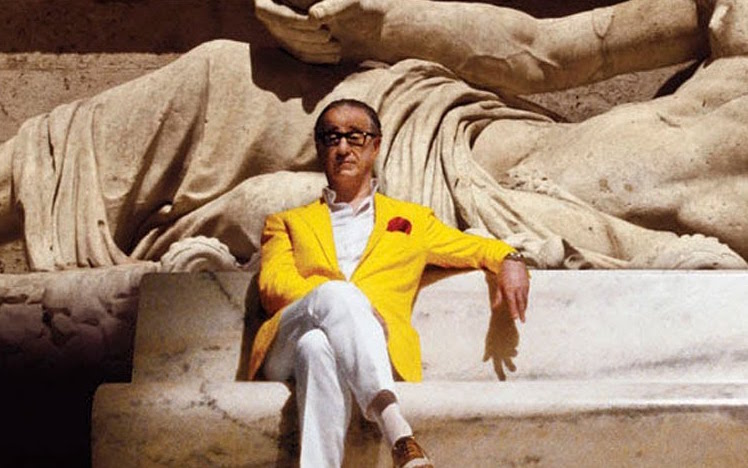 This aesthetically-driven piece of cinema follows the life of Jep, a writer and member of Rome’s older elite. His style is defined by suits, often with splatters of vibrant colour. When an unexpected encounter causes Jep to become increasingly unsatisfied with the trivial decadence he’s enjoyed for years, he rethinks the meaning of his entire life. Jep’s wardrobe appears as a visual symbol of the conflict he feels within society; the struggle between standing out among the vanity or fading to obscurity. While his character can’t compete with the striking beauty of Rome, he is nonetheless visually alluring. 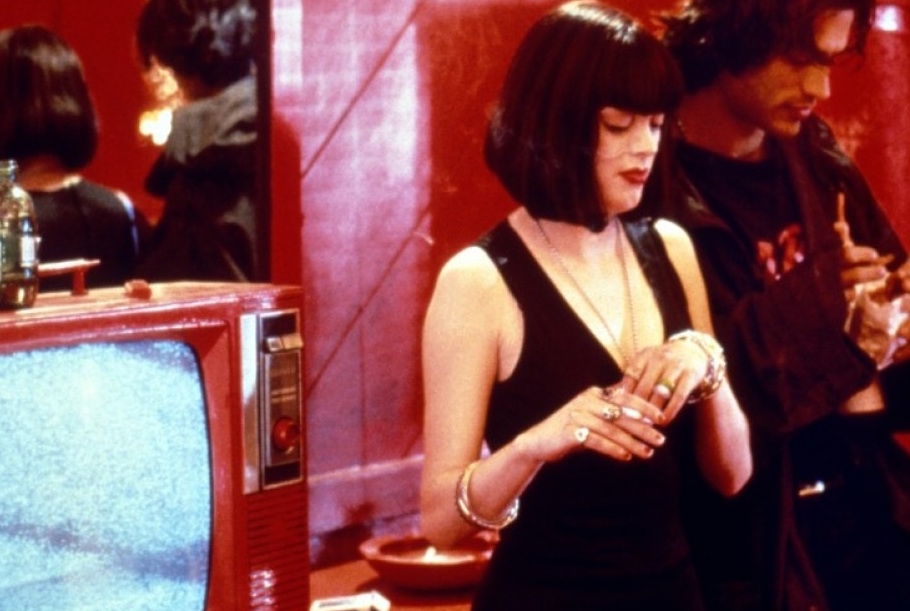 This cult classic sees three young drifters search for meaning in sex and violence. Rose McGowan’s Amy, an angry and frustrated teen, appears match her clothes to her mood. Paired with a blunt black bob, her wardrobe makes use of a lot of black, reflecting the overall darkness of the film’s theme and tone. However, the film’s absurdity manages to come across in her style too. In a pink dress and clear rain coat, Amy’s careless playfulness shines through, and she somehow still manages to look stylish. Combined with striking set design, Amy’s wardrobe certainly helps to set the film’s tone. 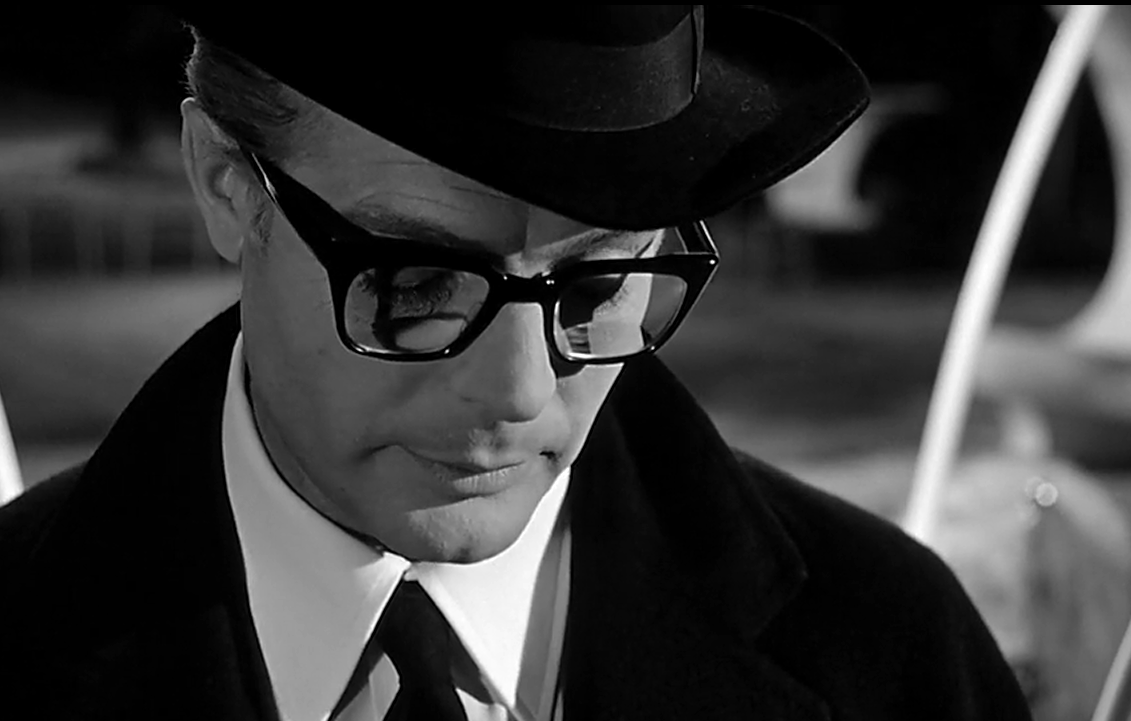 Marcello Mastroianni is renowned for his sultry cool in Fellini features and beyond. In suave black-and-white, his crisp suits and thick-rimmed glasses remain exceptionally iconic. His aesthetically satisfying façade provides the perfect canvas for the film’s exploration of love, sex, and creation. In this film Marcello plays Guido Anselmi, a filmmaker struggling to find the  inspiration to complete his new feature. Distracted by his personal life, his dreams, and his fears, he nonetheless seems to keep his appearance slick and sharp and his character represents the artist, and Fellini in particular. 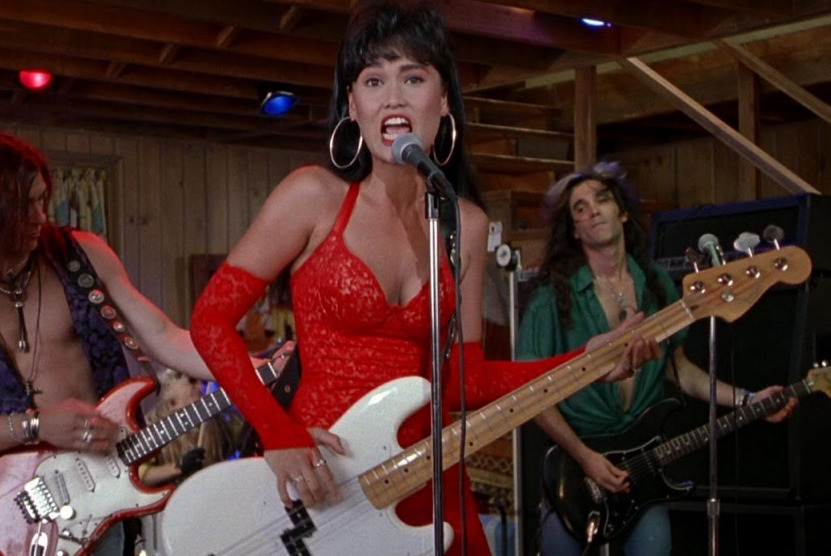 Tia Carrere plays Cassandra, an ultra-cool rock chick that title-character Wayne falls for at first sight. Defined by 90s denim, lace, and bright colours, Cassandra’s enviable wardrobe is sexy and unapologetic. Reflecting the character’s fun-loving but down to earth attitude, her style brings the character to life. Paired with her charming persona, Cassandra’s beauty and on-point style make her the ultimate dream-girl to teenage misfit Wayne. Schwing! 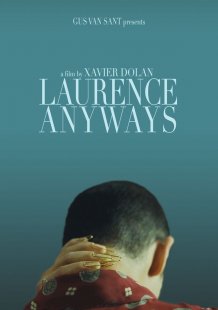 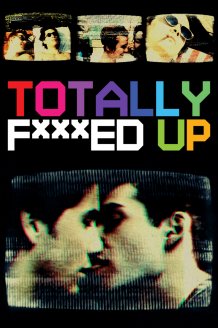