Eon-hie Lee’s Missing explores one mother’s nightmarish situation: the disappearance of her child. Struggling with the dual burden of maintaining a high-pressure job and looking after a young child, single mother Ji-sun (Ji-won Uhm) becomes desperate and hires Chinese nanny Han-mae (Hyo-jin Kong), despite the young woman’s inability to speak Korean. At first glance, Han-mae is an exceptional nanny; her soft singing helps baby Da-eun drift off seamlessly and she treats the child like her own. This, however, is not as innocent as it seems. When Ji-sun has time to breathe between her busy schedule, she realises that Da-eun and Han-mae are both missing.

Missing has all the traits of a high-action thriller, however, it’s not one that neglects social commentary. Ji-sun is continuously beaten down for being a single mother, a working mother, and a woman in general. From her boss referring to her lateness as one of the reasons he ‘hates’ working mothers, to her distress at a custody hearing clearly being taken as a sign of hysteria, Ji-sun is mistreated and looked down upon for her life choices. What’s more, Han-mae’s own story reveals a depth of scarring sexism and abuse. Along with the social ruptures between immigrants and the Korean population, this chilling thriller touches upon substantial real-life issues.

The film’s two lead actresses inevitably serve as its pillars. As Ji-sun falls deeper and deeper into devastation, her composed façade rots away to reveal a pale and dishevelled ghost. Regarded as the ultimate tragedy, the loss of a child is no easy feat for an actor. However, Uhm portrays Ji-sun’s gradual mental decay artfully and with sickening authenticity. The same goes for Hyo-jin Kong, who still manages to let heart-wrenching humanity break through her character’s eeriness and sporadic apathy. Han-mae is not a monster; she is a desperate woman, broken down by cruelty, sexism, and financial inequality. Without a doubt, Uhm and Kong give their all to these mammoth roles.

In style, the film has the fast-pace and restless camerawork indicative of the thriller genre. Rushed movement and agitated music reflect Ji-sun’s increasing desperation. However, there are occasional scenes that go against the grain and show greater stylistic ambition. Ji-sun’s violently symbolic dream sequence and an extended underwater scene tie in with the film’s psychological explorations and give the audience a moment to look beyond the overwhelming action. In these pauses we can identify the solidarity of motherhood, even in such a horrific situation.

Unfortunately, the film does get somewhat carried away by its own melodrama in the final climax, but, when all is said and done, is there a story more dramatic than this? From kidnapped babies to black-market organ selling, Missing is an intricate web of crime, trauma and mystery. While the frequent twists and turns favour those paying exceptionally close attention, it is certainly rewarding for those that do. Lee’s feature is a thriller at its finest; given greater depth by two exceptional leads and restless social critique. 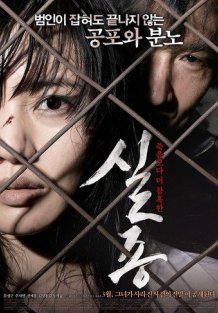 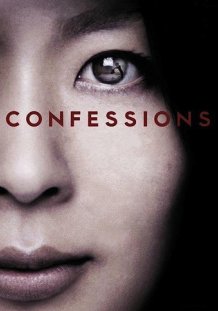 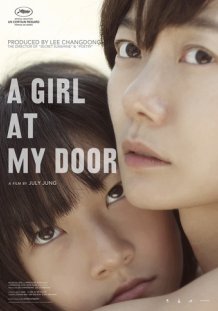