Gaby (Lolita Chammah) is whiny, needy, helpless, and self-absorbed. Yet, there is something endearing about her pouts and ramblings. In Gaby Baby Doll, Sophie Letourneur has created a modern fairy-tale that deals with the will to reach one’s full potential. As such it is a story of transformation and soul-searching. However, it is the blooming love story between Gaby and Nicolas (Benjamin Biolay)—a modern-day hermit—that truly has us enthralled and confirms the dictum that opposites do, indeed, attract.

Upon being stranded in her doctorʼs country house by her boyfriend, Gaby must confront her fear of being alone come nightfall. Her escape from this ordeal is both drastic and hilarious, as she lures single men into her humble abode and forces them to stay overnight. Lolita Chammahʼs rendering of a child-like and carefree persona is heightened by the presence of Benjamin Biolayʼs reserved and independent character. It seems unlikely that such a pair would get along, yet they somehow learn to accept their differences and mutually help each other to become better versions of themselves.

This is reminiscent of the classic fairy tale Beauty and the Beast (La Belle et la Bête). In particular, Nicolas can be perceived as a contemporary version of the Beast as he literally transforms from an obscure and shaggy recluse to a well-kept and charming gentleman. The setting, which takes place in Burgundy, is equally as important as the chemistry between the two central characters. For one, it offers views of some of Franceʼs most breath-taking countryside. While Nicolas finds himself at ease among nature and enjoys his daily promenades with his dog, Gaby is relatively distraught and can never seem to catch up to Nicolasʼ pace. Clearly, she is ill-suited for country life and is unable to comprehend why trees are so fascinating to him. Here, the location whimsically sets the tone and pace of the storyline.

Interestingly, Sophie Letourneur takes her time in letting her tale unfold, while nature is allocated the task of handling Gabyʼs capriciousness. Through it all, it seems her doctor was right in prescribing fresh air and a rural environment. What’s more, she seems to have found true love. Here, nature acts as the stage for this light-hearted comedy. During the film’s quieter moments, the story takes full form with its landscape photography and the bond that Nicolas and Gaby share with natureʼs trees and waters. Surely, even if the pace is slow, what we can appreciate is its semblance to life beyond the hectic and busy city.

Finally, Sophie Letourneurʼs Gaby can be likened to Sharon Maguireʼs Bridget Jones. Both women regularly find themselves in unwanted comical situations or faux pas and cannot seem to escape ridicule. Arguably, this is what makes them such loveable characters. However, Letourneur takes the romantic comedy a step further by adding a layer of depth in terms of its dramatic twist of events. As is apparent, both women do not want to end up alone. While Bridgetʼs search is purely for companionship, Gabyʼs search is also for a cure to her disorder. In the back of our minds, we know things will always end well for Bridget, while for Gaby, we can never be too sure. Thus, Letourneur carefully and successfully manages to craft a piece of work that allows the audience to be concerned for the fate of the protagonist right until the very end. 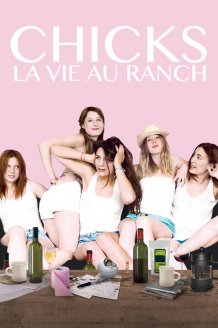 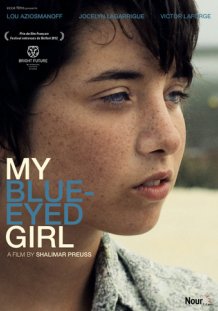 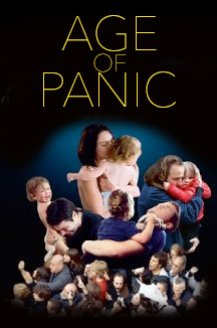