According to a report by the Pentagon, as of February 29, 2008, there were 20,328 non-citizens on active duty in the US military. These soldiers were offered incentives and rewards for enlisting, one of which was immediate citizenship under wartime provisions. In reality, however, many of these soldiers, some of whom would be discharged honourably for serving their country, would later find themselves deported as illegal immigrants. These men are the “˜Green Card Soldiers’.

In a society that frequently revisits war cinematically, it seems unfathomable that this story hasn’t been told before. At least, it was to Raffi Pitts, director of Soy Nero, which aired at the Berlin Film Festival in February 2016. Speaking on the reality of the Green Card Soldier, Pitts said, “˜I don’t get what the studios have been doing…I’m not accusing anyone but my only question is… why?’

Nero, played by Johnny Ortiz, is a 17 year old of Mexican heritage who grew up in LA but, as the film begins, has been deported back to Mexico as an illegal immigrant. After a failed first attempt to cross the border, Ortiz finally succeeds at re-entering the US in one of the most explosive scenes of the movie. Under a sparkling banner of Fourth of July fireworks, Nero makes his stretch towards a better life. The thematic clash between the banner of freedom and Nero’s dash underpins what the audience expects will be revealed throughout the film; the hollow and empty shell that is the “˜American Dream’.

Shortly after arriving in America, the Fourth of July rhetoric begins to unravel. Nero hitches a ride with a stranger, a single dad played by Michael Harney, who we slowly learn is slightly unhinged. While he welcomes Nero into his car, he quickly brings a gun out to establish a distance between them in a display that suggests, “˜I’m not racist and don’t want to sterotype, but I’m going to point this gun at you anyway.’

Nero eventually arrives in Beverly Hills in pursuit of his brother Jesus (Ian Casselberry). Despite a close run-in with the law, Nero arrives to meet Jesus’ girlfriend, Mercedes (Rosa Frausto), and what looks to be a life of luxury that the couple have made for themselves. Roaming his brother’s mansion in a dressing gown, framed by shots of LA’s night-time sky-line, Nero appears to have made it. Predictably, however, the life of luxury falls apart rapidly. If the initial pool scene between Nero and Mercedes, and the flirtatious undertones, didn’t tip him off to the fragility of Jesus’ world, Nero wakes to find another family in the house, and Jesus and Mercedes dressed as the help.

After Nero leaves Jesus behind, taking his brother’s identity in order to join the army, we are transported to a no-man’s land that we are evidently meant to understand as “˜somewhere in the Middle East’. It is at this point that the film begins to trail off slightly. The jump to the Middle East feels sudden and unconvincing and it almost feels like we should have got here sooner or not at all. In other words, Pitts’ only downfall is that it feels as though he wanted to tell the story so much, he tried to tell too much of it at once. The ending trails off in a way that leaves the message clear, but perhaps less subtle than it could have been.

That being said, this story is so necessary and so relevant that it couldn’t have come at a better time. Ortiz emotionally told a crowd of reporters, “˜If you fought for the US and you lived here your whole life, you deserve to be an American, no matter what the heck you say, and Trump you can put something up your…. So thank you.’ Indeed, in an age of Trump and heightened racial hostilities across the US, Soy Nero rings home in a way that few of the films currently being churned out have done.

While this is a film about a particular time and place, it is also a film that speaks to a dark side of American history, a side that is rarely spoken about. In WW2, African American men fought on the frontlines only to return home to racism and racial attacks. In Vietnam, African American men in the army numbered 40%, while in the US population they numbered a quarter of that. Often these men were relegated to positions that put them at a greater risk than their white counterparts. This tradition of the US Army using its racial minorities as cannon fodder is, sadly, long standing. So the question is, why aren’t we talking about it on a larger scale? Finally, in 2016, Raffi Pitts’ Soy Nero might be what we needed to get that conversation started. 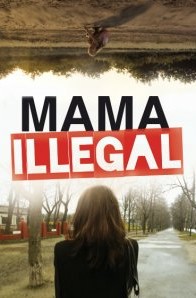