INTERVIEW: LUSINE SARGSYAN ON THE ABODE

Tying the past to the present and fi 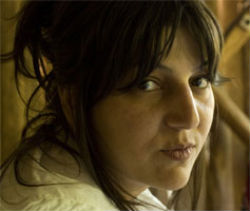 nding absurdity in reality, Lusine Sargsyan’s The Abode sympathetically observes the humour, loneliness, perseverance and solidarity of the Armenian people during and after the Artsakh Liberation War of the 1990s. Telling five stories linked by the common location of a Yerevan apartment complex, this aesthetically distinct, patiently executed work uses its collection of narratives to suggest a nation of changing principles, stressing the need for neighbourly cooperation as the national weighs tryingly on the personal.

Speaking to FilmDoo, Sargsyan shares her thoughts on this bittersweet, contemplative work.

What inspired you to make The Abode?

My own life inspired me to make The Abode. I was a student in the ’90s and that difficult period for the country affected our generation directly. I didn’t need any special inspiration. I just wanted to speak out about something that has accumulated, to show where this period has led us in a spiritual sense and what has helped us to overcome the difficulties.

How necessary would you say it is that viewers are knowledgeable of the Artsakh Liberation War in order to understand the film?

I don’t think it’s necessary for viewers to know about the Artsakh war. After all, the film is about human relationships, about moral values, about achievements and losses, spiritual strength and faith – which is a need of every human being, especially during war.

What was your thinking behind the choice to frequently incorporate comedy in your portrayal of this difficult period?

When you spiritually overcome difficulties, you like to smile while looking back at them, because our whole lives are actually tragicomedies. For every person, their own pain is important, but cinema is a great way to convey a positive energy, even when talking about difficulties. I think it`s better to always give the viewer a way out. When you’re expressing the dramatic story with a smile, it becomes easier to perceive, no one turns away from it and many begin to use their brains, to indulge in self-analysis and redefine their relationships.

What would you say influenced the very distinct look of this film?

I was influenced by visual and sensual memories of the 90’s.

How did you try to capture the different historical periods of the film through these visuals?

Firstly, working with cameramen and production designers, we chose an older filmmaking approach for the frame’s representation. Then, in the modern sections, we also  tended to avoid the newest methods of filming in order to make the transitions more balanced. I conceptually worked with different cameramen and script writers for a variance in mentality and visualisation. Moreover, each story reflects a historical period by its chronological setting.

In your opinion, is the war still a pertinent topic in Armenia today?

This war is unfortunately just as relevant in today’s Armenia as it was in the “˜90s.

Are you currently working on any other projects?

I am finishing a feature film, Transparent Roofs, about the ins and outs between men and women. It`s a story about love and loneliness.

Watch The Abode on FilmDoo.com.

This entry was posted in Features, Interviews and tagged Armenian films, Female Directors, Lusine Sargsyan, The Abode. Bookmark the permalink.