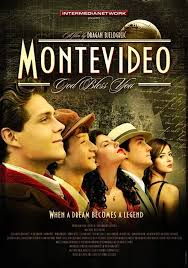 »The first thing you learn in life is that people are different… And the truth is they are different, but only by what shoes they wear. Many know that and forget it when they grow up, as they forget to love, to feel happy and to dream«

This is the film for all of those who ever had a vision that was bigger then themselves as they will be able to relate with the film perfectly. It’s a film about  young serbian guys who had one thing in common, a dream to go to the first football world cup ever,  in Montevideo, Uruguay in 1930. It is a story about their modest life, love problems, true friendships and passion for football.  The story is based on true events happening in Serbia before Montevideo.

The biggest Serbian film hit screens in past decade, it attracted over 525,000 people to cinemas in Serbia alone. If we add all the other countries in the region the number grows even higher. This statistics speaks for itself as to how amazing this film actually is. If Hollywood would have had such a brilliant story to put on a film, it probably would have ended up being one of the best films ever made; but it was made in Serbia… and sadly is only recognized in the Balkans region. 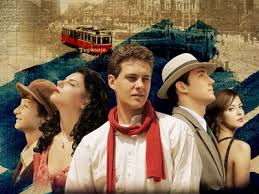 It is actually a story about a very talented young Serbian guy named Aleksandar Tirnanic nicknamed Tirke. He has a dream to play for a football club in his town at the time when football seemed only like a fun game and not something you can make living from. Through ups and downs Tirke ends up getting his wish and when he finally succeeds in playing for the town club and his career kicks off, the dream of participating in the first Football World Cup grows in the mind of the young players in Yugoslavia. However, getting to the World Cup in Uruguay isn’t cheap, so the players begin looking for investors.  So did Yugoslavia make it to the first World Cup?

The film reveals how easy football used to be and how innocent and friendly the game was compared to today. How back then it was more about enjoying the game rather than earning from it. It gives a great insight into a very different time when people had much less, but knew how to be much happier.

This is the first part of the film, the second part was released this year on 15th January.

This entry was posted in Reviews, THE BALKANS and tagged dragan bjelogrlic, Film review, montevideo taste of a dream, ranko bozic, serbia, the balkans, yogoslavia. Bookmark the permalink.