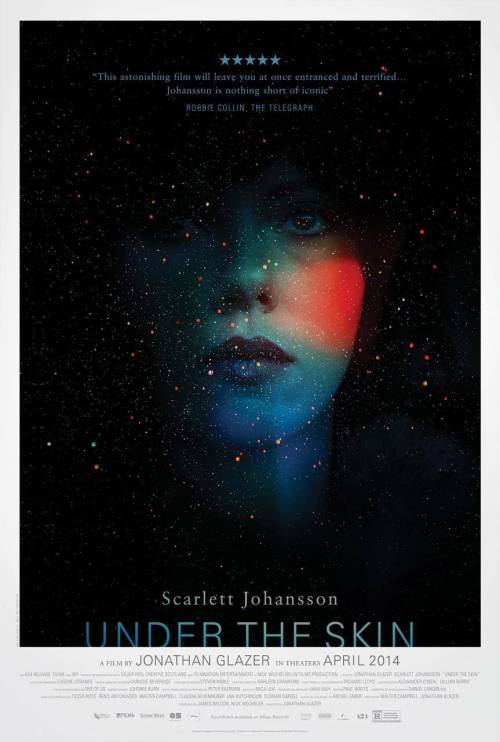 An alien-femme-fatal, played by Scarlett Johansson, is sent to Earth to find men. Sounds simple? But the reason she is actually sent on her mission is not mentioned in the film. We only know she wants to find men and she wants their flesh.

The film offers a lot of room for interpretation for the audience, which could also be both a good and bad thing. It’s a polarizing one.

This proverbial man-eating alien roams through Scotland to trap men. The sound design and music of the film encourage her and put the audience in the right mood for the acting.

At one point, the audience starts to think about how easy it is for a good looking woman to wrap men around her little finger. But the twist in this film is as simple as it is complex. Nature strikes back and the alien starts to discover the complexity of human beings. And suddenly the hunter gets hunted. The man-eater transforms into a victim and the audience maybe even starts to feel for her.

Scarlett Johansson is, in my opinion, a good choice for this role, although the role does not leave much space for the acting possibilities she could handle. The design of the shots is interesting, but sometimes too simple. Some of the film history’s greatest legacies, such as Stanley Kubrick, also receive tribute in some of the film shots.

If you ask yourself, “Does this film have a deeper sense or meaning?”, then I would answer, “Yes, indeed!” But as long the film leaves so much room for interpretation, I would prefer to say, “See it yourself!”

This entry was posted in BRITISH and tagged Drama, Sci Fi, UK. Bookmark the permalink.