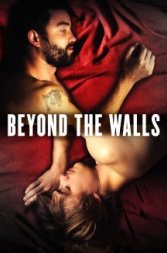 Beyond the Walls
Belgium, 2012, 98 minutes, SD Romance, LGBT, Arthouse
Commendable performances of Gouix (as Ilir)  and Malliarakisv(as Paulo), the gay lovers in this film. While Ilir may be the dominant one Paulo is the more childish and wayward one who seems to find his way still with regard his sexuality, as  he also has a girlfriend. Onscreen chemistry is unmistakable, the intimate scenes highly charged and erotic. This film gives a peek on the premise of a gay relationship and lets viewers in on the psyche of two people, who, in the course of their relationship reaches some major realizations.  Worth checking out especially for LGBT fans.
Like this Review?
Write your own review?
DooVOTE
Not for me
Like this Review?
Write your own review?
COMMENTS 0
Your Comment...