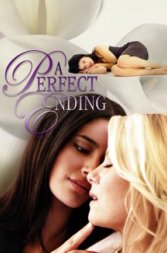 A Perfect Ending
USA, 2012, 110 minutes, SD Drama, Romance, LGBT
Such an impressive film despite the modest budget! I heard this film was made with only a budget of USD 175,000 and yet the results will astound you; a compelling story with equally compelling performances from a powerhouse cast. Niven leads the way as the middle-aged and refined Rebecca who has things to iron out before she passes on. Clark as Paris was exquisite and with a rich, low tone voice that's sensual and fitting for the role. Surprised to see Morgan Fairchild here as the head of the escort service where Paris works for, she may have aged but her classy enigma was there, as always.  Aside from the engrossing story, another element that caught my attention was the art works, sketches and other creative techniques in this film. The ink blots, the specks, the dots and the little rocks amidst a white surface seems surreal but nonetheless with a special meaning attached to it. Clearly, director and writer Nicole Conn was very particular with details in this film. There are countless close-up shots not only of objects and statues but also of skin and facial features during intimate scenes that were tastefully done, never appearing to be sleazy.  Truly, this film earned my praise and appreciation and will surely check out the rest of the films by Nicole Conn. This film deserves a perfect 5-star!
Like this Review?
Write your own review?
DooVOTE
Not for me
Like this Review?
Write your own review?
COMMENTS 0
Your Comment...