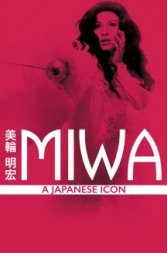 Miwa, A Japanese Icon
France, Japan, 2010, 61 minutes Documentary, LGBT
Miwa Akihiro, born Akihiro Murayama, is a well-known Japanese actor who has drawn thousands to theaters, singer who composes his own music and has sold millions of records, and a writer who has written 20 books many of which are critical of social issues and government policies. He is openly gay and with his peculiar shoulder length bright yellow hair, he has made himself known also as a rebel who fights for gay rights and for other causes. This movie Miwa, A Japanese Icon, the true story of Miwa, was created under the direction of acclaimed French director Pascal Alex-Vincent and is rapidly catching the attention of international audiences. rnOne of his best works is the song “Yoitomake no Uta” which he vowed to never sing while wearing extravagant looking clothes. Thus he would change from his expensive cross-dresses to shabby poor man’s clothes and would re-dye his hair from yellow to black. He was inspired by the impoverished miners who came to see him in his brightly colored clothes sing. rnHis career has spanned 50 years and his dressing style became a popular fashion statement that has influenced decades of generations.
Like this Review?
Write your own review?
DooVOTE
Not for me
Like this Review?
Write your own review?
COMMENTS 0
Your Comment...