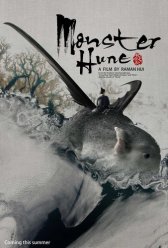 Monster Hunt
China, Hong Kong, 2015, 111 minutes Action, Comedy, Fantasy
This film was the highest Chinese box office that Summer, which came with a lot of expectations.   The film was both comical and absurd, although it did give a strong appreciation into the strengths of the Chinese film technology, with an ability to now produce state of the art animation.   One has to dispense disbelief and simply go with the flow to enjoy the story.  The best element was not knowing what surprise to be revealed next.  The film still feels incomplete... but that's to be expected as one can feel a sequel is already in the works.
Like this Review?
Write your own review?
DooVOTE
Not for me
Like this Review?
Write your own review?
COMMENTS 1
Your Comment...
LIKES 1
MaeMaeDecena
MaeMaeDecena