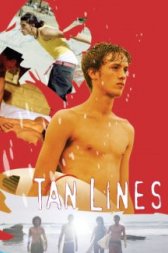 Tan Lines
Australia, 2006, 96 minutes, SD Romance, Coming of Age, LGBT, Arthouse
A roughly shot, arty coming of age queer film touching on issues from homophobia, mental health, drug use, religion, friendship and growing up gay in a small town.  Great soundtrack which is used to good effect in the film.  At times the connection between Midget and Cass felt flat and unconvincing but that fit well with the general understated nature of this film.
Like this Review?
Write your own review?
DooVOTE
Not for me
Like this Review?
Write your own review?
COMMENTS 0
Your Comment...
LIKES 1
MaeMaeDecena
MaeMaeDecena