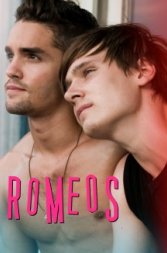 Romeos
Germany, 2011, 94 minutes, SD Drama, LGBT
An engaging tragicomedy film   written and directed by Sabine Bernardi.   While the main character tries to come to terms with his own  persona  the film in its entirety tries to drive the message that the identity of a person resides within their own self.  A poignant story of love with the rawness of  human emotions  well-portrayed.  I  was particularly moved by the tenderness of  Lukas and Fabio's love scenes ,  superbly done in an interplay of light and shadows.
Like this Review?
Write your own review?
DooVOTE
Not for me
Like this Review?
Write your own review?
COMMENTS 2
Your Comment...
LIKES 2
MaeMaeDecena
starlightgal
MaeMaeDecena
starlightgal