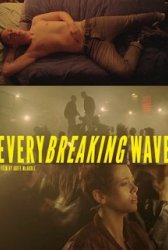 Every Breaking Wave
Ireland, 2015, 13 minutes Drama
This moving short would make an incredible feature film. With the vibe of an extended music video to the U2 song, the slow motion cuts and bright nightlife imagery create a heightened energy throughout, whilst the nostalgic clothing and spontaneous set up of couches and comfort in a car park capture the essence of youth combined with the nostalgia of the 1980s. We are captivated by the characters very soon after meeting them, for their endearing gazes at one another as two young people fall in love. However, the plot line itself reveals a somewhat tragic story, where love is threatened by the Protestant/Catholic divide in Northern Ireland which runs deeper than a mere difference in the lovers. Will definitely be recommending this short!
Like this Review?
Write your own review?
Add to List
Not for me
Like this Review?
Write your own review?
COMMENTS 1
Your Comment...
LIKES 1
ClaudineC
ClaudineC