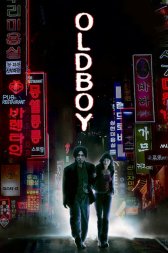 Old Boy
South Korea, 2003, 120 minutes Drama, Mystery, Thriller, Action, Noir
This is such a classic film and (put simply) one of the greatest films to have come out of South Korea. Part of the 'Vengence Trilogy' the story centres on the story of Oh Dae-su, who is locked in a hotel room for 15 years without knowing the identity of his captor or his captor's motives. When he is finally released, Dae-su finds himself still trapped in a web of conspiracy and violence. His own quest for vengeance becomes tied in with romance when he falls in love with an attractive young female sushi chef. Its  been rightly named as one of the best films to have come out of Asia and makes for intense viewing. It's also way better than the US remake! (which let's be honest is nearly always the case with Asian films!).
Like this Review?
Write your own review?
DooVOTE
Not for me
Like this Review?
Write your own review?
COMMENTS 2
Your Comment...
LIKES 2
blacksnakemoan
MaeMaeDecena
blacksnakemoan
MaeMaeDecena