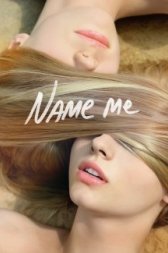 Name Me
Russia, 2014, 87 minutes, HD Adventure, Coming of Age, Arthouse, Drama
How refreshing for the Russian Cinema landscape to watch Nigina Sayfullaeva’s debut, NAME ME! The coming-of-age drama has this contemporary US indie vibe with a twist – the majestic Crimean resort, which plays a role on its own and has no American equivalent. Alexandra Bortich and Marina Vasilyeva are both impressive and natural as teenagers, Sasha and Olya. With different motives, the girls, especially Sasha, use an exacerbated sexuality, embracing physical attractions and charms, in order to get what they want. This is where the term "coming-of-age" gets its full meaning: Sasha and Olya need to deal with unsettled issues before fully growing up. NAME ME might get a little cliché here, with the classic “daddy issues” syndrome. The climax and ending of the film are a little disappointing, as if, after all the alcohol, conflicts, and insecurities shared throughout the film, we were expecting something more cathartic, especially coming from the father, Sergey (Konstantin Lavronenko). His own peaceful and quiet life is turned upside-down by the two girls, without much reaction from his part. To counter-balance with the permanent tension, Sveta (Anna Kotova) brings some lightness and humour, renting a room in Sergey’s house. NAME ME is a little gem from Russia that deserves to be discovered, with women in film whose careers are to watch for Alexandra Bortich, Marina Vasilyeva and director, Nigina Sayfullaeva.
Like this Review?
Write your own review?
Add to List
Not for me
Like this Review?
Write your own review?
COMMENTS 1
Your Comment...
LIKES 2
starlightgal
blacksnakemoan
starlightgal
blacksnakemoan