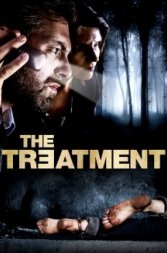 The Treatment
Belgium, 2014, 125 minutes Thriller, Crime
The Treatment is a psychologically intense mystery-thriller directed by Hans Herbot. Unusually, it's a Belgian adaption of a British crime novel. Although it is from the Low Countries, it follows very much in the style of Scandinavian noir. It's a pretty uncompromisingly bleak, tense and very dark story that focuses on very troubling subject matter. A police detective is still haunted by the unsolved disappearance of his brother who was suspected of being a victim of a local paedophile. He is thrust into the middle of a new case involving another child abuser whose modus operandi is house invasions of families with a mother, father and young boy. He inflicts particularly horrible perverted actions on his victims, the detective wonders seriously if both stories are linked in some way.

It's quite rare for a film, far less a thriller, to focus on the very unpleasant subject matter of child abuse and paedophiles. The Treatment, therefore, walks a very fine line between being explicit yet stopping short of being exploitative. It's a path that it navigates very successfully though, for this is certainly a disturbing movie that shows enough to make the viewer very uncomfortable, yet knows how to do this without going too far. The mystery itself is layered and deep and draws you in further and further. Things are slowly revealed in sometimes unexpected ways. It wouldn't be right to reveal too much about the plot here, as the best way to approach this one is with as little prior knowledge as possible. It's helped considerably by some very strong acting, in some roles that could not have been easy and would have required some real skill. It is not a film that is going to be for everyone though, as despite the careful treatment it is still very grim stuff on the whole. But for those who like dark thrillers and especially ones who appreciate the northern European variety, this is a keeper.
Like this Review?
Write your own review?
DooVOTE
Not for me
Like this Review?
Write your own review?
COMMENTS 3
Your Comment...
LIKES 1
MaeMaeDecena
MaeMaeDecena