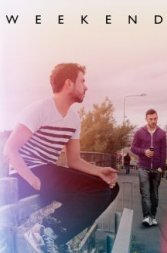 Weekend
UK, 2011, 96 minutes, SD Romance, LGBT, Arthouse
My first LGBT movie and one of my all time favourite films. This story of a short and meaningful encounter can resonate with everyone whether you are gay, bi or straight. It is a universal story about two strangers who connect on an emotional level and about the mystery of first encounter. I loved those moments of intense conversations which, for me, makes indie films so enjoyable to watch. Like in 45 Years, Andrew Haigh latest award winning film, there is a strong documentary feel, which brings you closer to the characters . Not only it is a beautifully acted drama, it is also very well shot by Director Andrew Haigh , whose talent can be seen throughout the whole movie. This film was a big success on the festival circuit, winning Andrew Haigh the London Critics’ Circle award for breakthrough British film-maker and the Emerging Visions Award at the SXSW Festival.
Like this Review?
Write your own review?
DooVOTE
Not for me
Like this Review?
Write your own review?
COMMENTS 1
Your Comment...
LIKES 5
blacksnakemoan
kavy
sharonmae
MaeMaeDecena
ClaudineC
blacksnakemoan
kavy
sharonmae
MaeMaeDecena
ClaudineC