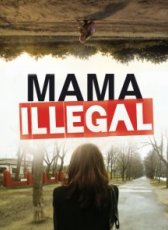 Mama Illegal
Austria, Moldova, 2012, 95 minutes, SD Documentary, Arthouse
Since the release of Mama Illegal in 2011, the world’s migratory problems have only seemed to worsen. Furthering plight in neighbouring continents has only seen the rise in the number of people willing to tackle treacherous paths in order to find a better life in Western Europe’s powerhouses. Ed Moschitz, director of Mama Illegal, takes us between Moldova, Austria and Italy in order to document the perils and emotional strife caused by the necessity to illegally migrate.

Moschitz begins Mama Illegal in the Republic of Moldova, currently Europe’s poorest country. Reliant almost entirely on its agricultural output, the instability of the areas in which Moschitz focuses his camera is only all too evident to see. Children learn from textbooks as decrepit as the town’s roads, residents struggle with depression through lacks of ways to financially support themselves and droves of the countries abled working populous are leaving the country at an increased rate. This is the fate shared by Aurica, Raia and Natasa, the three Moldovan mothers who are the subjects of Moschitz’ documentary. Leaving their husbands and children, we follow all three over a period of seven years as they work gruelling hours as cleaners and personal carers in the hope of one day being able to bring their children to the West or create a comfortable existence back in Moldova. Yet one or either of these outcomes can only be achieved by making sacrifices people the world over would never want to imagine making.

Not only do Aurica, Raia and Natasa live without the correct working documentation and entitlement to healthcare, the consequences of not maintaining there income in the West means they each spend years away from the families at a time. To return to Moldova from the West would only necessitate the need to then pay smugglers to get them back. Their children, many others rendered economic orphans due to their parents migration, grow up on the screens of the Western bought computers ferried back to Moldova on their occasional visits back. Such separation is, understandably, sheer anguish for these women and despite the fact they are working, doing so illegally leaves them suffering from almost internal exile. They are there, in countries such as Austria and Italy, working, yet not recognized. Here is one of Moschitz’ strengths as a documentary maker. Throughout Mama Illegal, Moschitz is able to use his films central narrative in order to present other questions surrounding this topic. There are those who are evidently all for the employment of immigrants, are these people not also a contributor to the problems raised by illegal immigration? By posing this question amongst many others, Moschitz’ rhetoric is able to evoke sympathy for these women beyond the obvious heartache you feel for their separation.

Admittedly, Moschitz choices to focus on one of the smaller migratory trails currently being exploited within Europe, but in doing so, Mama Illegal can be viewed as an allegory of the wider problem increasing throughout Europe. Honest and informative, with brief interludes of optimism, Mama Illegal is one for those who love documentaries that draw light on the world’s contemporary issues.