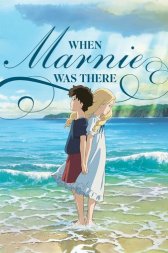 When Marnie Was There
Japan, 2014, 103 minutes Animation, Anime, Childrens
Announced as the final feature film to be released by Studio Ghibli, this is a must-see for both longtime Miyazaki fans and any curious newcomers. Less playful and more contemplative than other Ghibli gems like From Up On Poppy Hill or Kiki’s Delivery Service, it follows Anna, a young foster girl who spends the summer moping around, melancholy at discovering her foster mother gets monetary compensation for keeping her. She is attracted to an abandoned house by the lake and a mysterious girl who appears in its window. A friendship blossoms as they connect over their mutual loneliness, but when a new family moves into the Marsh House, Marnie disappears. Adapted from a bestselling children’s novel, this is the second film directed by Ghibli veteran Hiromasa Yonebayashi. Nuanced, touching and visually poetic.
Like this Review?
Write your own review?
DooVOTE
Not for me
Like this Review?
Write your own review?
COMMENTS 0
Your Comment...