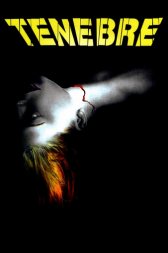 Tenebre
Italy, 1982, 110 minutes Horror, Mystery, Thriller, Giallo
Probably Argento's finest film, yet not in the eyes of many but the few. Sure, Suspiria had delirious technicolour gothic and Deep Red had the fantastical intrigue and charming chemistry between its leads, but Tenebrae has the darkest, cruelest heart. Why? Because it knows that it is a whodunit, and indeed a film, and teases the players before us that they are trapped in a story that has already been written for them and of which there is no escape. Yep, Tenebrae is meta to the point of being a black hole, sucking in all of its characters and the story itself into a terrifying gloom (under strip lights!) where anything is possible and nothing is real any more. Argento relishes dispatching his chess pieces in gory fashion, with countless doubling of people, dialogue and scenes. It's sadism inside and out, and enjoyable not just for film theorists but those in the mood for out and out terror, too.
Like this Review?
Write your own review?
DooVOTE
Not for me
Like this Review?
Write your own review?
COMMENTS 0
Your Comment...
LIKES 1
blacksnakemoan
blacksnakemoan