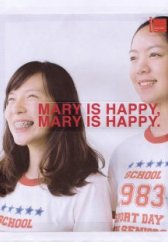 Mary Is Happy, Mary Is Happy
Thailand, 2013, 127 minutes, SD Asian, Coming of Age, Arthouse
Like the 12 year shooting period of Boyhood somewhat overshadowed the final result, Mary Is Happy, Marry is Happy too may be overshadowed by its wholly unique premise. The script is based on a series of tweets from an unknown girl called Mary, which writer/director Nawapol Thamrongrattanarit has formed into a somewhat cohesive narrative. Constantly at odds with the desire to tell a coherent narrative and the unstructured randomness of the human mind, the story does at times feel aimless and meandering. But props have to be given to Thamrongrattanarit for sticking by the premise. A quirky comedy drama filled that embraces its randomness to create a fun and honest inspection of youth culture in Asia. I'd expect more films in a similar vein to appear in the near future.
Like this Review?
Write your own review?
DooVOTE
Not for me
Like this Review?
Write your own review?
COMMENTS 0
Your Comment...