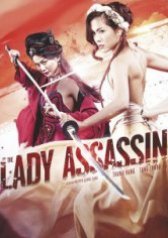 The Lady Assassin
Vietnam, 2013, 83 minutes Action, Adventure, Asian
Vietnam isn't renowed for its film industry but films like The Lady Assassin show its an ambitious emerging film market. The Lady Assassin is a feisty action adventure that makes the most of cutting edge technology, stunning locations and beautiful girls.