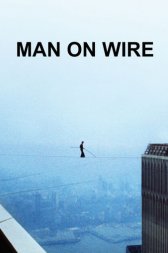 Man on Wire
UK, USA, 2008, 94 minutes Documentary
Something this surreal could only be a true story. Man on Wire recounts the attempts of one very ambitious Frenchman's attempts to walk a tightrope between New York's twin towers. His success remains as remarkable as it is terrifying.

Even thought the event it is based around is remarkable enough to make Man on Wire worth watching, the film making itself is top quality, cutting footage from 1974 with interviews in the present day. The whole thing is packaged as a kind of documentary heist movie, where a crew has to pull off a (very illegal) set up for a death-defying act. If you can stomach the vertigo, this is a cracking watch.
Like this Review?
Write your own review?
DooVOTE
Not for me
Like this Review?
Write your own review?
COMMENTS 0
Your Comment...