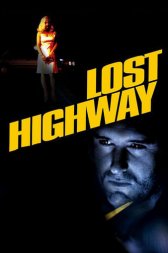 Lost Highway
USA, 1997, 134 minutes Drama, Mystery, Thriller, Noir
LOST HIGHWAY is one these films that keep haunting me. I remember seeing it for the first time years ago and I still have the same uncomfortable feeling whenever I watch it. The film features Patricia Arquette at her best, playing two parts in the film, a blonde and a brunette. Bill Pullman also delivers a perfect performance where all his twisted thoughts can be seen on his face. The most vivid memory I have from the film though is the mistery man (played by Robert Blake) and his creepy smile. Making complete sense of LOST HIGHWAY is probably a lost cause (I mean, it says so in the title itself), but one can easily drift away and make room to one's own imagination through the incomprehensible but fascinating dark world of David Lynch!
Like this Review?
Write your own review?
DooVOTE
Not for me
Like this Review?
Write your own review?
COMMENTS 0
Your Comment...