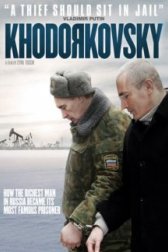 Khodorkovsky
Russia, Germany, 2011, 111 minutes, SD Documentary, Drama, Biopic
When charging oneself with the task of documenting the downfall and imprisonment of a highly public and incredibly wealthy figure, the problems that may arise in creating a truthful and accurate portrayal of events are non-to difficult to imagine. Yet doing so in a country where censorship and political dissimulation has been rife for decades leaves such a task looking as desperate as the very Siberian landscape our eponymous detainee finds himself amidst in Cyril Tuschi’s, Khodorkovsky. Author, one-time Oligarch and supposed philanthropist, yet jailed by the Russian government due to suspected tax evasion, Tuschi’s documentary attempts to discover why in fact Khodorkovsky was jailed, as well as how Khodorkovsky had accumulated such wealth. Yet, it is here where Tuschi’s documentary suffers (even if only slightly). The definitive truth as to why Khodorkovsky was jailed can only ever be met with speculation such is Russia’s reluctance for complete transparency, though this should not deter you from wanting to watch this documentary. Tuschi acknowledges the difficulties he knew he would face in answering such questions within the opening twenty minutes of his documentary, giving himself the freedom to explore the rise of Khodorkovsky; in itself, a story full of intrigue. Before Khodorkovsky’s arrest and imprisonment in 2003, graduation from the Mendeleev Moscow Institute of Chemistry and Technology was followed by the creation of one of Russia’s first privately owned banks; Menatep. Under the guidance of Khodorkovsky, Menatep went on to secure the management of Government funds, catapulting Khodorkovsky into the top 15 richest men in the world as listed by Forbes, thus ensuring him as one of the Russia’s first Oligarchs. At this point in Khodorkovsky, Tuschi remains somewhat objective in his choice of interviewees, creating an even keeled impression of Khodorkovsky. Whether it be heartfelt and personal interviews with Khodorkovsky’s mother, wife or son, discussions with former business associates, or the opinions of journalists and politicians from across Europe, Khodorkovsky’s rise and subsequent fall is told in a way that manages to navigate the murky past of Russia’s privatization years and financial crisis. Undoubtedly intelligent, opportunistic, yet with a ruthless arrogance, Khodorkovsky is neither the good cop or the bad cop. Just when you begin to believe Khodorkovsky is in fact a financially corrupt individual, Tuschi highlights his acts of philanthropy. The viewer is thus left in a state of judgmental limbo, ensuring interest remains throughout the entirety of Tuschi’s documentary. Stylistically, Tuschi makes a number of interesting technical choices throughout Khodorkovsky. In order to depict the events that led to Khodorkovsky’s arrest, Tuschi decides to use animation, repeating this scene numerous times throughout the documentary. Although the animation seems out of place, compared with the rest of the documentary, perhaps the animation is allegorical of the almost cartoonish nature of Russia’s politics at this time. Only Tuschi will know, yet despite its use, it punctures the constant use of hand held camera and fixed position interviews, keeping Khodorkovsky engaging. Furthermore, Tuschi also uses a timely voice over, revealing the opinions of Khodorkovsky himself, in a letter written from his imprisonment in Siberia whilst displaying various photos from Khodorkovsky’s youth and developing years. In doing so, Tuschi aids his feature with brief interludes of compassion. Despite the recurring themes of corruption, embezzlement and the disproportionate division of wealth, Tuschi reminds us that there is still someone’s livelihood at stake. Guilty or not, the grounds stated for arresting Khodorkovsky and the fallibility of the judicial system used to try him not only shows the struggles Khodorkovsky faced, but also the struggles the Russian people did face, and still do today.
Like this Review?
Write your own review?
DooVOTE
Not for me
Like this Review?
Write your own review?
COMMENTS 0
Your Comment...