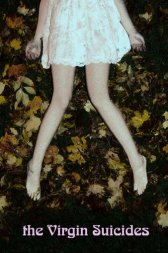 The Virgin Suicides
USA, 1999, 97 minutes Drama, Romance, Coming of Age
What I consider nowadays one of my favourite films... The reason for that might not be because of its most inventive mise-en-scène, nor the best acting ever witnessed in a film (even the ensemble cast delivers an incredible performance), or any other technical reasons. On a personal level however, I remember watching The Virgin Suicides as the teenage girl that I was at the time, and until now, not a lot of other films had such an impact on me. From the very beginning of the film, the audience is aware of the tragic ending for the Lisbon sisters, but the film relies on the moody atmosphere of the 1970s thanks to an outstanding soundtrack. The Virgin Suicides depicts the first and best work from director Sofia Coppola yet.
Like this Review?
Write your own review?
DooVOTE
Not for me
Like this Review?
Write your own review?
COMMENTS 0
Your Comment...