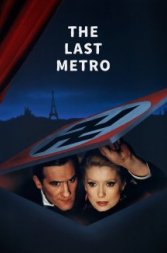 The Last Metro
France, 1980, 131 minutes, HD Drama, Romance, War
Compelling film starring the ever-glamorous Catherine Deneuve! Similarly superb in his performance was the unsinkable Gerard Depardieu, who in this film was already making a mark in French cinema. This movie garned 10 Cesar Awards and nominated as Best Foreign Film at the Academy and Golden Globe Awards. Powerful and with an encompassing message,  definitely a must-watch!
Like this Review?
Write your own review?
DooVOTE
Not for me
Like this Review?
Write your own review?
COMMENTS 0
Your Comment...