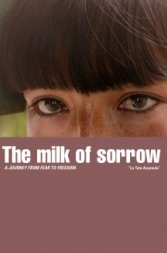 The Milk of Sorrow
Peru, 2009, 95 minutes Drama, Arthouse
With its powerful story, stunning visuals and beautiful singing Milk Of Sorrow is a movie like no other. This award winning film was directed by Claudia Llosa (Seeing Martina, Made In USA), one of the most prominent feminist directors working in Latin America today. It won the 2009 Golden Bear award and FIPRESCI prize at the Berlin International Film, the best movie award in the 24 Festival Internacional de Cine de Guadalajara in Mexico and was nominated for a best foreign language Oscar in 2010 becoming the first Peruvian film to be nominated for the Academy Awards for Best Foreign Language Film.

The film centers around Fausta, a young women who suffers from a rare disease called The Milk of Sorrow and which gives its title to the film. According to the Andean belief women who were victim of sexual abuse passed their fears and trauma onto their babies via breast milk. We learn through the songs that Fausta’s mother was abused while pregnant. This took place during the 1980-1992 era when Peru experienced the violence of paramilitary and state armed. Songs play an important part of the film. Nothing is said about this period of violence except through the songs by the mother and the daughter. This is a story of fear. Fausta lives in constant fear, fear of living her own life, fear of walking alone. But after her mother death she is forced to overcome her fears and it is also through the singing that she will find her path to redemption.

The film is beautifully shot. The long shots of the arid and infinite Andean landscapes seem to echo the personality of Fausta: rough, inaccessible and distant.
In spite of the tragic story there are also some unforgettable and funny moments too like the scene of Fausta’s cousin wedding, which also shows some of the customs of the indigenous people and their attraction to the American way of life and the scene when Fausta’s father tries to explain to a doctor the disease which afflicts his daughter.

If you are looking for something different and moving at the same time, this movie is definitely one for you.