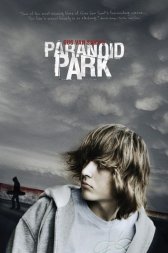 Paranoid Park
USA, 2007, 85 minutes Crime, Drama, Coming of Age, US Indie
Shot on both 35mm and Super 8, Gus Van Sant's Paranoid Park is a visual delight and confirm him as one of the best independent filmmaker from North America. The beauty of the images signed by acclaimed director of photography Christopher Doyle, known for his work with Wong-Kar-Wai and the richness of the soundtrack will keep you glued to the screen from start to finish. The film adapted from Blake Nelson’s book of the same name takes us inside the head of young skater Alex who, after killing by mistake a security guard on one of Portland’s most ill-frequented skating spot feels guilt and anxiety. There is no one like Gus Van Sant to portray anti-heroes and teenagers at the centre of difficult situations in a poetic and aesthetic way. Alex is on a journey to transformation and you could be too. One film worth discovering and one director worth following.
Like this Review?
Write your own review?
DooVOTE
Not for me
Like this Review?
Write your own review?
COMMENTS 0
Your Comment...