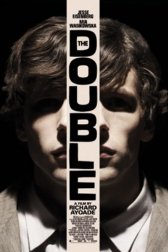 The Double
UK, 2014, 93 minutes Drama, Thriller
I saw this last night and I'm still mulling it over, which is exactly what I want from films like this. The Double is twisted, compelling and surprisingly funny with great performance(s) from Jesse Eisenberg and meticulous direction from Richard Ayoade.

Eisenberg plays an underwhelmed and unloved office drone in a surreal quasi-dyspotian world, full of clunky computers and beige-ness. And then things get weird. So weird that I really don't want to spoil it. Have a watch: if you can handle its eccentricities, The Double could wind up being one of your films of the year.
Like this Review?
Write your own review?
DooVOTE
Not for me
Like this Review?
Write your own review?
COMMENTS 0
Your Comment...