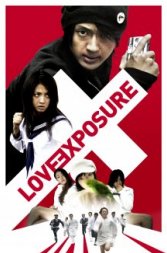 Love Exposure
Japan, 2008, 237 minutes, SD Action, Comedy, Romance, Asian, Coming of Age
Hikari Mitsushima is definitely a stand-out in this film aside of course from Takahiro Nishijima who portrays Honda, the lead star.  Mitsushima as Yoko has that no-nonsense stance and doesn't see her gender as a weakness but in fact as a sign of superiority,  even resorting to violence to hurt men.  How and why these lead  characters click is for you to find out but definitely there's a touch of LGBT  genre in this film, owing to the character of Koike.  Disturbing,  weirdly comedic and  enthralling all at the same time.
Like this Review?
Write your own review?
DooVOTE
Not for me
Like this Review?
Write your own review?
COMMENTS 0
Your Comment...