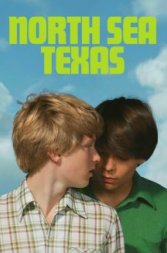 North Sea Texas
Belgium, 2011, 96 minutes, SD Romance, Coming of Age, LGBT, Arthouse
North Sea Texas is a coming-of-age romance, set on the remote, Belgian North Sea coast during the 1960’s. From a young age, Pim (Jelle Florizoone), has been left to fend for himself and to find his own fun while his mother, Yvette (Eva van der Gucht), works as an accordionist at the local night spot, ‘The Texas’. Semi-adopted by a neighbouring family when Yvette begins to work the bar circuit, Pim forms a special bond with the boy next door, Gino (Mathias Vergels), which develops into something more. As the boys swiftly approach adulthood and the expectations society hoists upon them, they must discover if their relationship can survive.

“North Sea Texas” has been a festival darling, so far garnering prizes at Rome Film Fest and Montréal World Film Festival, and it’s not hard to see why. The cinematography is truly astounding, each shot has been so lovingly crafted – if you are a fan of Wes Anderson’s hyper-realist visual style, then you will really enjoy this film. Each actor performs exceptionally, with a special note being made for Pim’s Mother, played by Eva van der Gucht who steals the scene every time. The kind of teenage fumblings and grossness mixed with their burgeoning sexuality is not easy to portray without some level of pantomime, but the dynamic chemistry between Florizoone and Vergels jumps off the screen. “North Sea Texas” is a gentle, nostalgic and beautiful film that will no doubt conjure memories of first loves for many indentured romantics.
Like this Review?
Write your own review?
DooVOTE
Not for me
Like this Review?
Write your own review?
COMMENTS 0
Your Comment...
LIKES 2
snakeeyes
MaeMaeDecena
snakeeyes
MaeMaeDecena