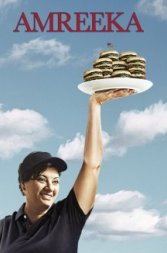 Amreeka
USA, Palestine, 2009, 96 minutes, SD Drama, US Indie
Heartwarming portrayal by Nisreen Faour as the strong and determined Palestinian woman Muna Farah who gambles on a new life in America with her son.  Overflowing with positivity, she is an epitome of a woman who won't let hardships and discrimination pull her down to achieve a better life with her son.  You'll know a great story when you see one and this definitely is one of those, especially because of the genuineness with which Muna Farah exudes as well as the impressive support of the rest of the cast.  In a way this applies universally as more and more people from all parts of the globe look up to America as the answer to their dreams.
Like this Review?
Write your own review?
DooVOTE
Not for me
Like this Review?
Write your own review?
COMMENTS 0
Your Comment...